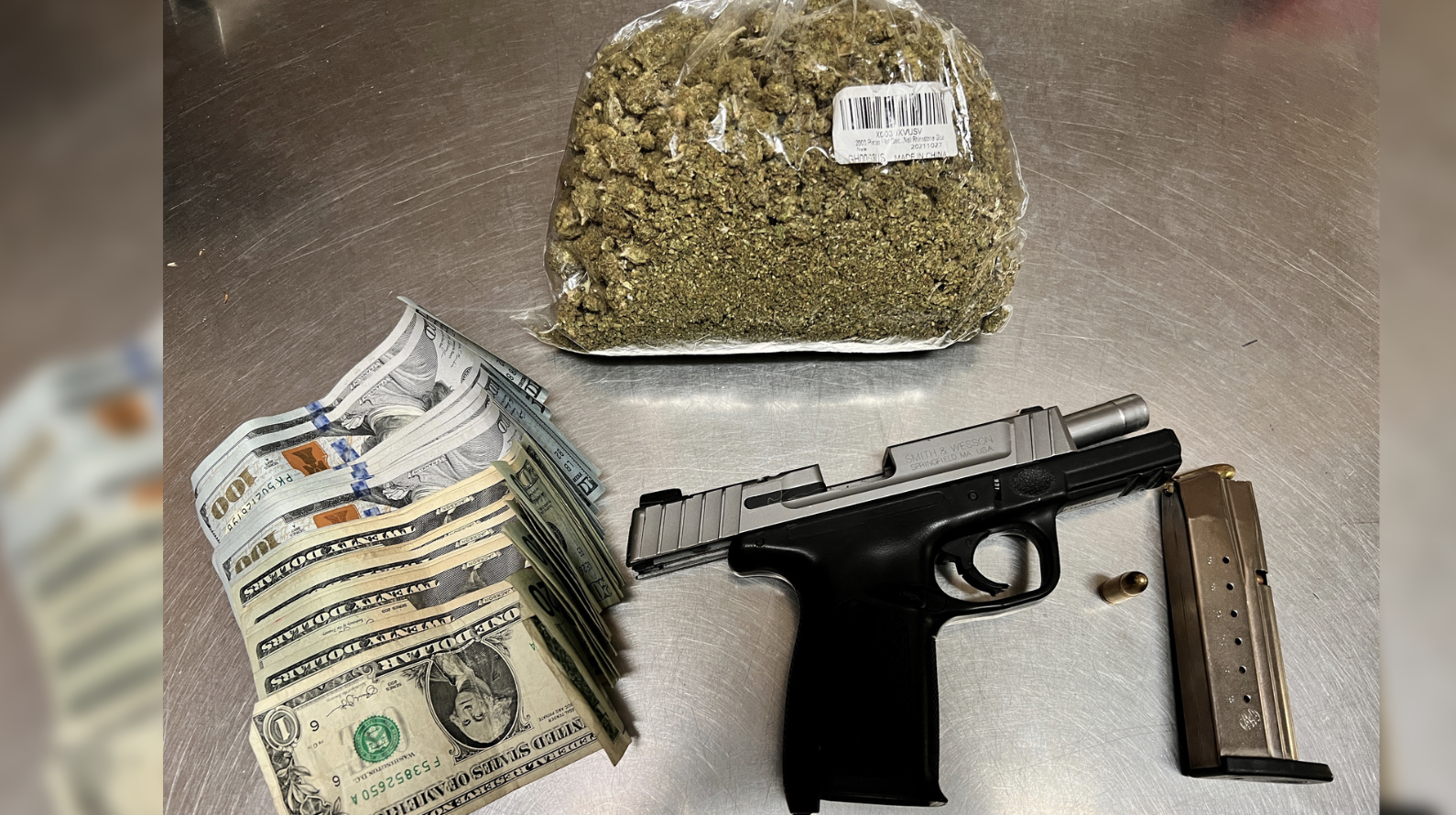 APPLE VALLEY, Calif. (VVNG.com) — A 24-year-old parolee from Adelanto is back in jail after a deputy found him with a loaded gun and marijuana, officials said.

On Sunday, May 1, 2022, at approximately 10:00 p.m., Deputy Watson with the Apple Valley Police Department conducted a traffic stop on a black sedan near State Highway 18 and Pawnee Road, in the Town of Apple Valley.

The passenger was identified as parolee, Richard Robinson.

According to a news release, “Deputy Watson searched Robinson and located a loaded handgun in his waistband. A large bag of processed marijuana was found during a search of the vehicle.”

Robinson was transported to the High Desert Detention Center, and during the booking process, over $1200 in cash was found hidden on Robinson. He was booked for Felon in Possession of a Firearm, Possession of Ammunition by a Prohibited Person, and Possession of Marijuana for Sale. He is being held in lieu of $50,000 bail.

In addition to the above charges, Robinson was booked for violating the terms of his parole and is being held on a no-bail parole hold.