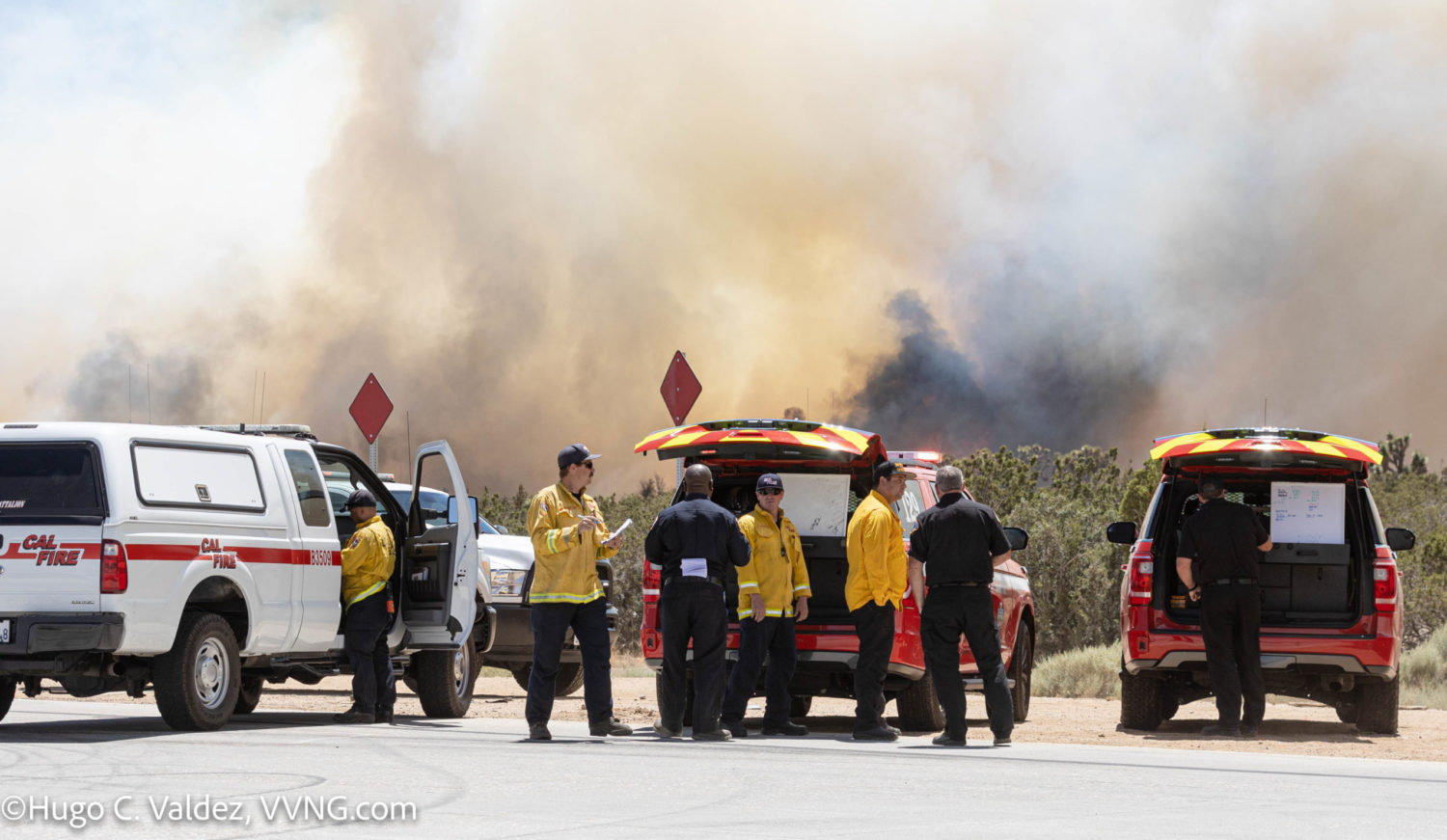 HESPERIA, Calif. (VVNG.com) — A 64-year-old Phelan man on parole was arrested at yesterday’s Farm Fire in Hesperia for impersonating a firefighter, officials said.

It happened at about 4:30 pm, on June 9th at the command post established at the intersection of Ranchero and Caliente Roads where members from the San Bernardino County Fire Department and Sheriff Deputies with the Victor Valley Station and Hesperia Station were staged.

According to a sheriff’s news release, a male subject, later identified as David Saleh, arrived at the location with red lights affixed to his vehicle and breached the secured area and identified himself as a firefighter.

“Saleh was wearing clothing with medical and fire patches. During an inventory search of Saleh’s vehicle firefighting equipment was located,” stated the release.

Through investigation, it was determined that Saleh had no connection with any fire department and falsely identified himself to deputies. Saleh was found to be on Parole for robbery out of Florida and he had been transferred to California where he now resides in Phelan, Ca.

Saleh was taken into custody without incident for PC538e(a) and booked into the High Desert Detention Center for PC3056.

The wind driven Farm Fire consumed 250 acres and was reported to be 90% contained as of Thursday evening. The fire’s cause is under investigation by fire investigators.