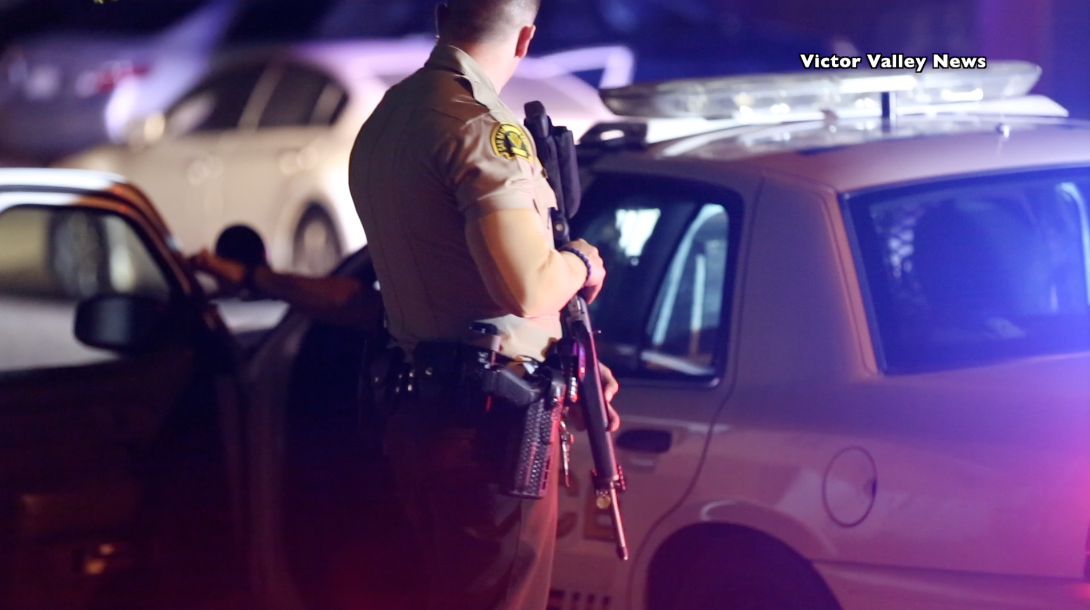 In a press release officials said that on Thursday, August 2, 2018 at 2:00 a.m. deputies were called to a home on 10300 block of Kemper Avenue for a report of two men fighting, and one was armed with a handgun.

“A deputy arrived and found two men fighting in the front yard of the home and ordered both to get on the ground. The victim complied with the deputy’s orders, however the suspect got up and a deputy involved shooting occurred,” officials said.

The suspect ran from the scene and it was unknown if he was injured by gunfire. Deputies and K9 units searched the area but were unable to locate the suspect.

Sheriff’s Specialized Detectives responded to conduct the investigation. Detectives learned that the victim was preparing to leave for work when he was confronted by the suspect, identified as Bernard Rayford, in his driveway, police said.

Rayford asked the victim some questions and then produced a handgun, at which time a fight ensued. The victim and Rayford struggled over the gun until the deputy arrived, police said.

As Detectives gathered information regarding Rayford’s whereabouts, Sheriff’s Specialized Enforcement Detail(SED) joined the investigation. Detectives determined that Rayford was at a residence on Kendall Circle in Adelanto and SED responded to that location. At 1:20 p.m. SED located and arrested Bernard Rayford without incident. Rayford was not injured in the shooting.

Bernard Rayford will be booked for Assault with a Deadly Weapon and a no bail Parole Violation.
The investigation is ongoing and no additional information is being released at this time. Anyone with information related to this investigation is urged to contact the Homicide Detail, Detective Gerad Laing at (909)387-3589. Callers can remain anonymous and contact WeTip at (800)78-CRIME or www.wetip.com.