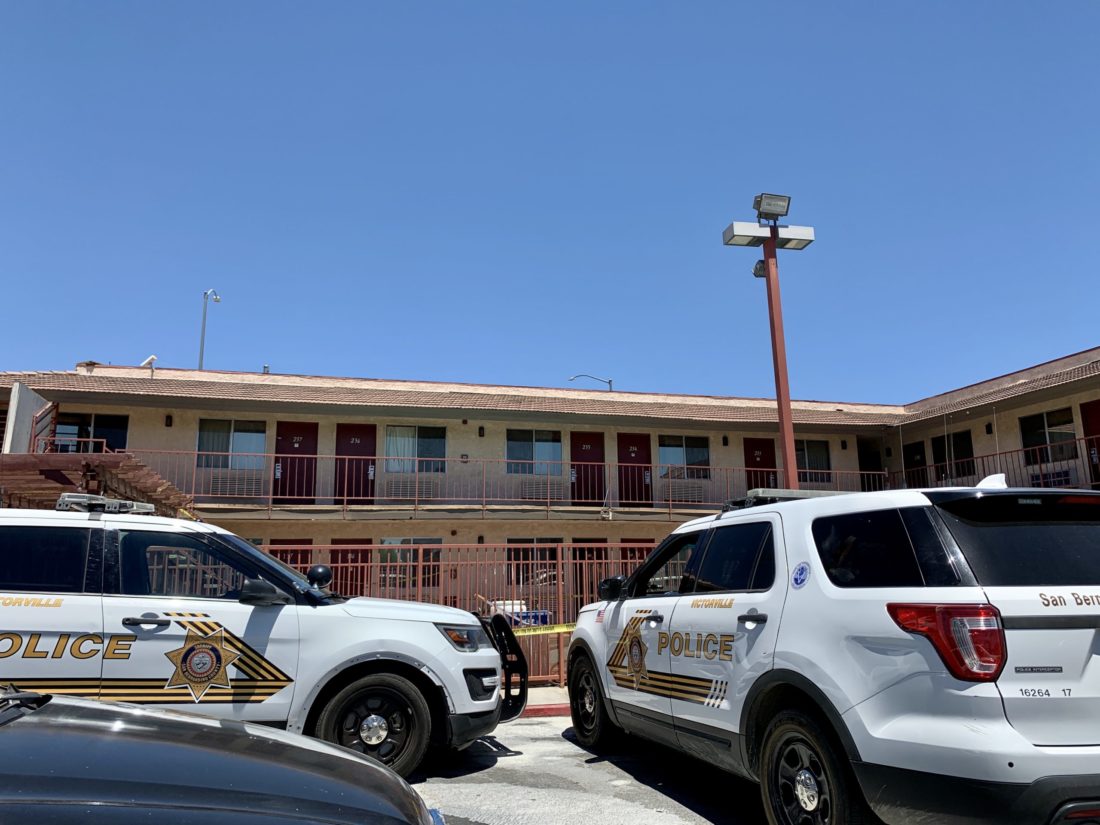 VICTORVILLE, Calif. (VVNG.com) — A murder suspect wanted for killing a 50-year-old homeless woman inside of a motel room at the Park Avenue Inn was arrested on Sunday, officials confirmed.

As previously reported by VVNG, the victim, Lori Lynn was an employee of the High Desert Homeless Shelter on Amargosa Road and had recently checked into the Park Avenue Inn where she would self-quarantine against the coronavirus. A housekeeper at the motel was shocked when she discovered her lifeless body on the morning of Friday, July 17, 2020.

Deputies believed a struggle had occurred inside the room prior to the victim’s death.

Although a possible motive for the murder was not given officials said  Freeman was found to be in possession of stolen property at the time of his arrest. He was interviewed about the death of Lori Lynn Kyler and subsequently booked for murder.

Freeman is in custody at the High Desert Detention Center where he is being held without bail. He is scheduled for court on July 21.

Detectives are asking anyone with information to contact Detective Josh Guerry, Homicide Detail at (909)387-3589. Callers can remain anonymous and contact WeTip at 800-78CRIME or www.wetip.com

Motorcyclist injured in crash airlifted from Hook Park in Victorville