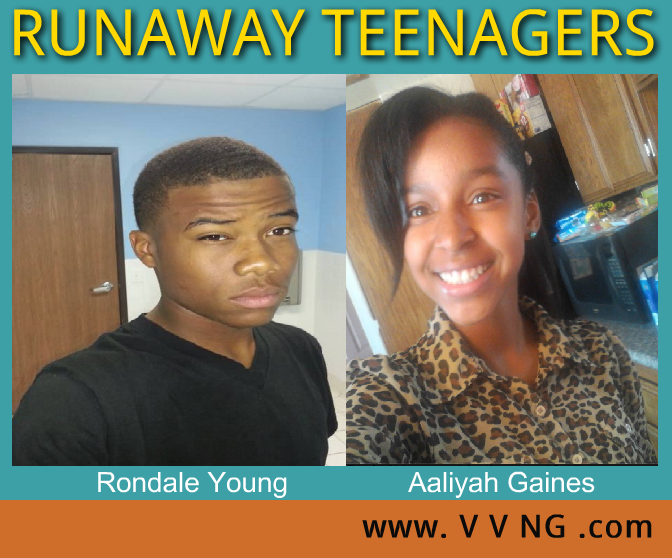 San Bernardino County Sheriff’s are asking for help from the public in locating a teenage girl who has apparently run away.

On April 30, 2014, Hesperia police officers were dispatched to the 13200 block of Hollister Street relative to a runaway teenager. Upon arrival, officers contacted the child’s mother who told them her 14-year-old daughter, Aaliyah Gaines, had not been seen or heard from after leaving Silverado High School where she is a student.

Friends and family believe Alaliyah is with her 15-year-old boyfriend Rondale Young, a student at Adelanto High School. Rondale has also been reported as a runaway according to his family.

Rondale is described as a black male approximately five feet nine inches tall and weighs 120-130 pounds. He was last seen wearing a black and red shirt with blue jeans.

According to a very concerned father, Aaliyah has never run away from home or ever been late for anything in the past. Anyone who has any information regarding Aaliyah Gaines or her whereabouts is urged to call Hesperia Police detectives at (760)947-1500 or her father Abdula Gaines at (760)-508-9939.