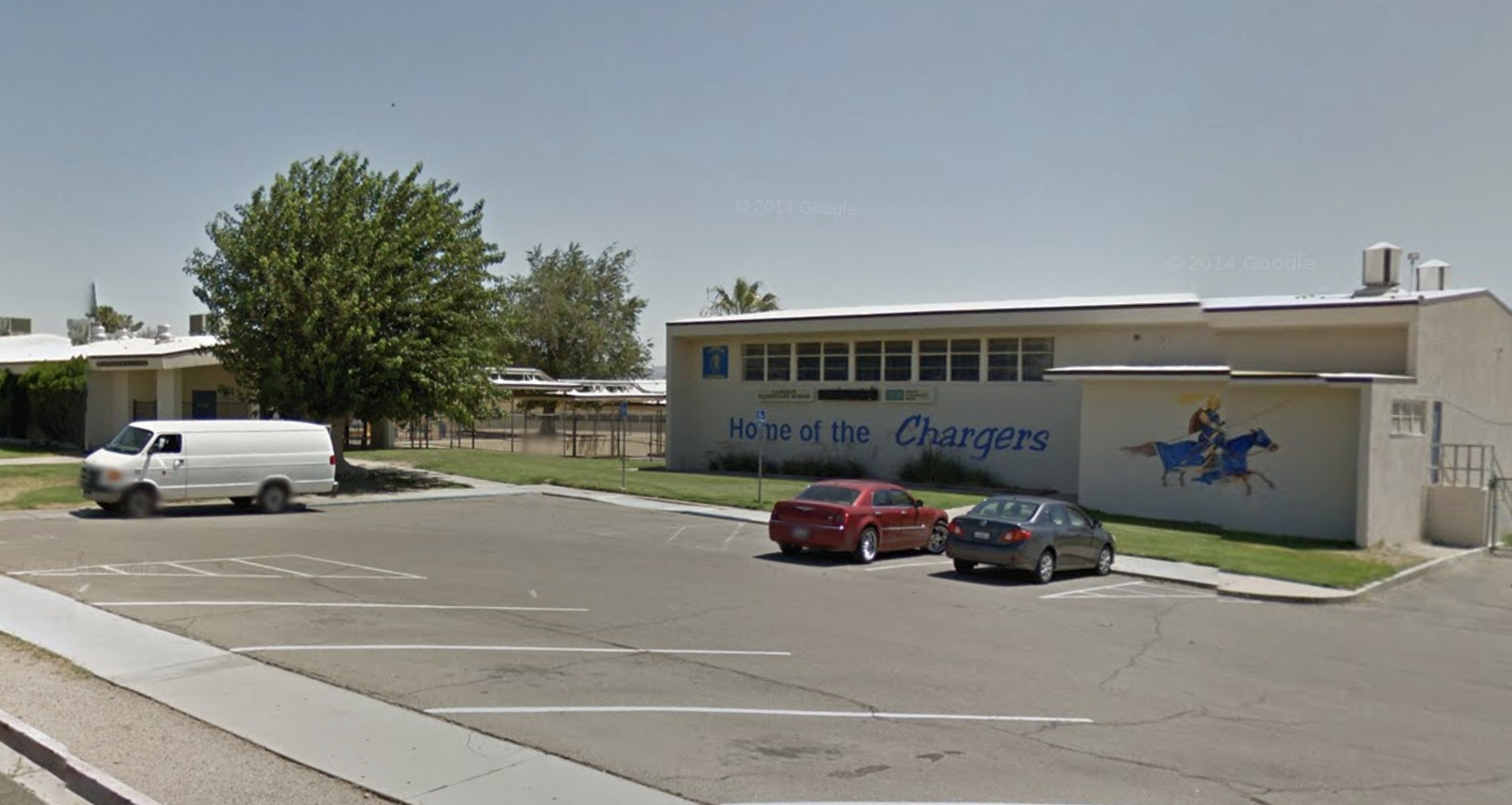 According to a news release, Garcia went to the Barstow police station on  March 8, 2018, at about 6:45 am to file a report alleging her 7-year-old son was ‘scratched’ by his teacher at Cameron Elementary School in late February 2018.

An investigation was launched after Garcia produced photos of the alleged injury, which showed a small red skin abrasion near the child’s forehead.

Two hours after filing the report, Garcia went to the campus, located in the 800 block of Muriel Drive, to drop her son off at school, and that’s where the attack occurred, officials said.

“Officers conducted several witness interviews and learned that Garcia brought her son to school and approached the teacher at the front of the school near the buses. The teacher was at the bus line waiting to escort her students off the bus and to the classroom,” the Barstow Police Department said.

“The investigation revealed that Garcia approached the teacher and asked her why she was still teaching at the school. Garcia then suddenly grabbed the teacher by her hair and began punching her multiple times in the head and face area,” stated the press release.

Several witnesses observed the assault and quickly pulled Garcia off the teacher and detained her until the officers arrived.

The teacher sustained moderate injuries to her nose, head, lower body, and was transported to Barstow Community Hospital for further treatment.

Alecia Garcia was arrested for Battery Against a School Employee and later transported to the San Bernardino County Jail.

Barstow Police officers are still investigating the initial incident Garcia reported regarding the injury to her son.

Prior to Garcia’s arrest, she posted the images of her child’s scratch on social media and said, “this is what’s happening in the special ed class at Cameron Elementary.”

In her post, Garcia says “Another parent was present in class and confirmed the teacher getting physical with special ed students.”

A staff member, who spoke with Victor Valley News on condition of anonymity said Garcia left out information as to why her son sustained the scratch.

“Her son was punching and biting the other students in the class. The teacher was restraining him, and trying to use her walkie-talkie to call for help. He was fighting her and throwing his head around, and hit his forehead on her walkie-talkie. There were other adults in the room that witnessed this.”

Victor Valley News reached out to the Barstow Unified School District via telephone in regards to the unverified claims and were only provided with the following statement:

“An unfortunate matter involving one of our staff members occurred this morning. I am unable to comment any further as this involves a personal matter. Any inquiries related to the criminal investigation should be made to the Barstow Police Department. ”

Anyone with information about this investigation may contact Officer Ragle at (760) 256-2211.  Those wishing to remain anonymous may also report criminal activity by calling the WE-Tip hotline at 1-800-78-CRIME or may leave information on the We-Tip website at www.wetip.com.