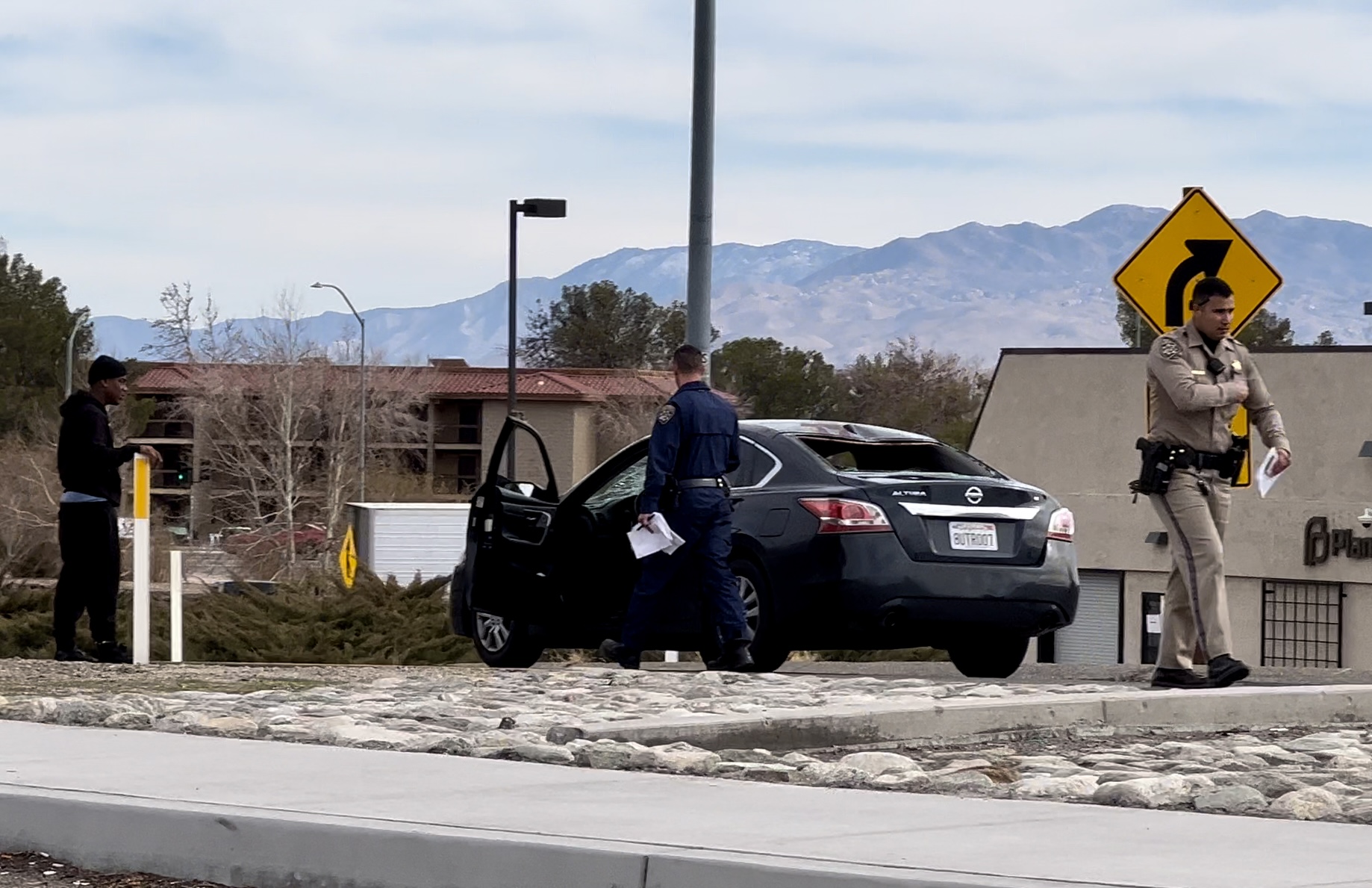 VICTORVILLE, Calif. (VVNG.com) – The Palmdale Road onramp in Victorville was shut down after a pedestrian was struck Wednesday.

On January 11, 2023, at approximately 12:38 p.m., the California Highway Patrol, Victorville Fire Department, and AMR responded to the incident.

The person was rushed to Victor Valley Global Medical Center and then airlifted to a trauma center via helicopter.

The male driver of the involved black Nissan Altima remained at the scene and cooperated with authorities. He was not injured.

The front windshield and the back window of the Altima were broken out of the sedan.

A shoe and other clothing articles remained at the scene. The condition of the pedestrian is unknown at this time.

The onramp to the southbound 15 freeway on the north side of Palmdale Road was also closed, however, it was closed for guardrail work.

The CHP – Victorville office – is investigating the crash.

Related Topics:15 freewayCrashpedestrianvictorville
Up Next