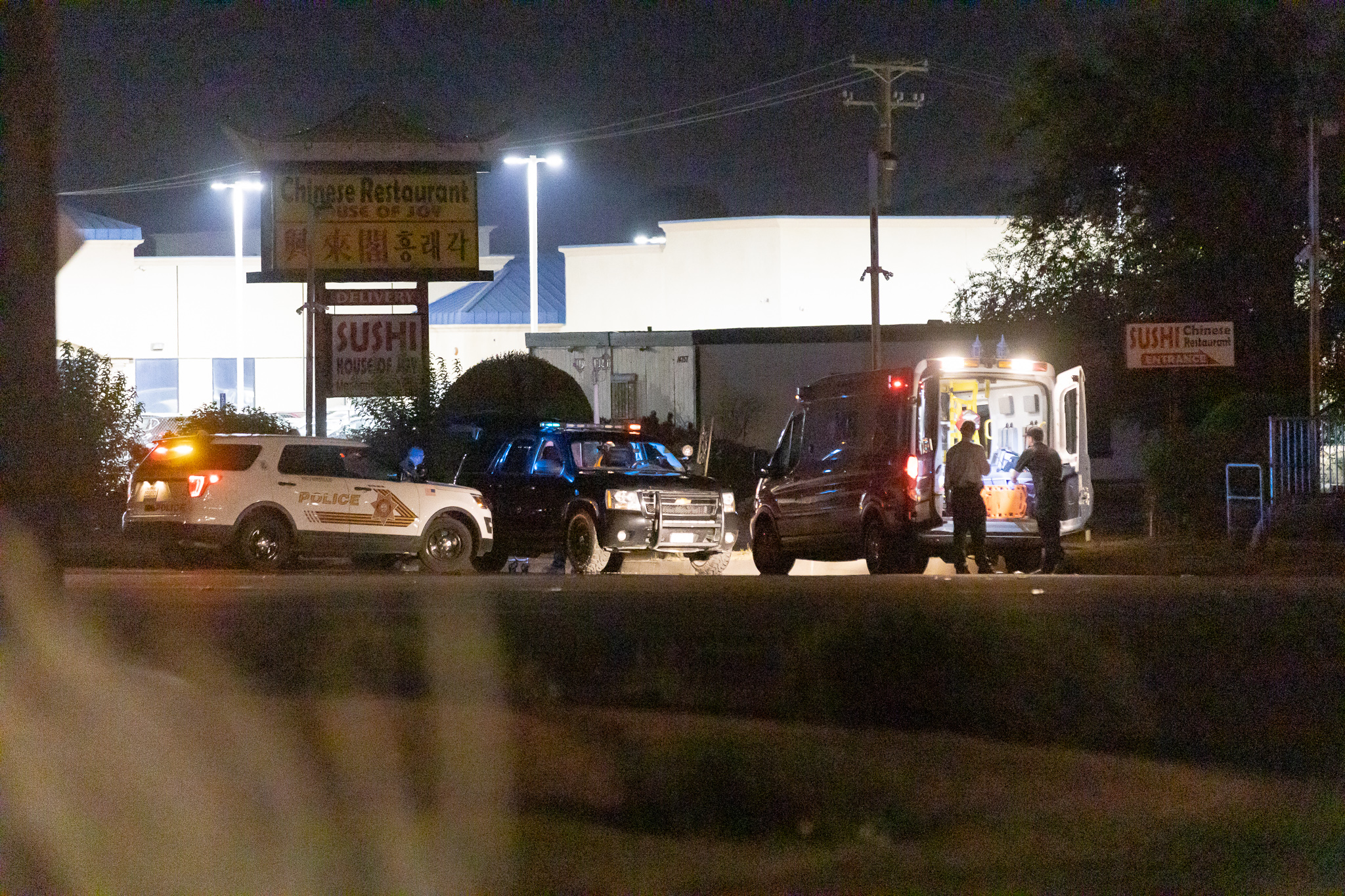 VICTORVILLE, Calif. (VVNG.com) — Palmdale Road in Victorville is back open to traffic after a deadly pedestrian crash closed it for over five hours.

Authorities were called to the scene shortly after 10 p.m. on July 20th and shut down the intersection of Del Gado and Palmdale Roads for several hours after a pedestrian was killed.

Traffic was rerouted while Deputy Hylin and Deputy Lee of the Victorville’s Major Accident Investigation Team investigated the accident.

According to Deputy Hylin, the pedestrian, a man in his 20’s, was crossing southbound on Palmdale Road when he was struck by a vehicle traveling eastbound.

The man was pronounced deceased by emergency personal.

A damaged BMW was parked near the scene and later towed away. Police said the driver is cooperating with the investigation.

Police have not released the identity of the victim.