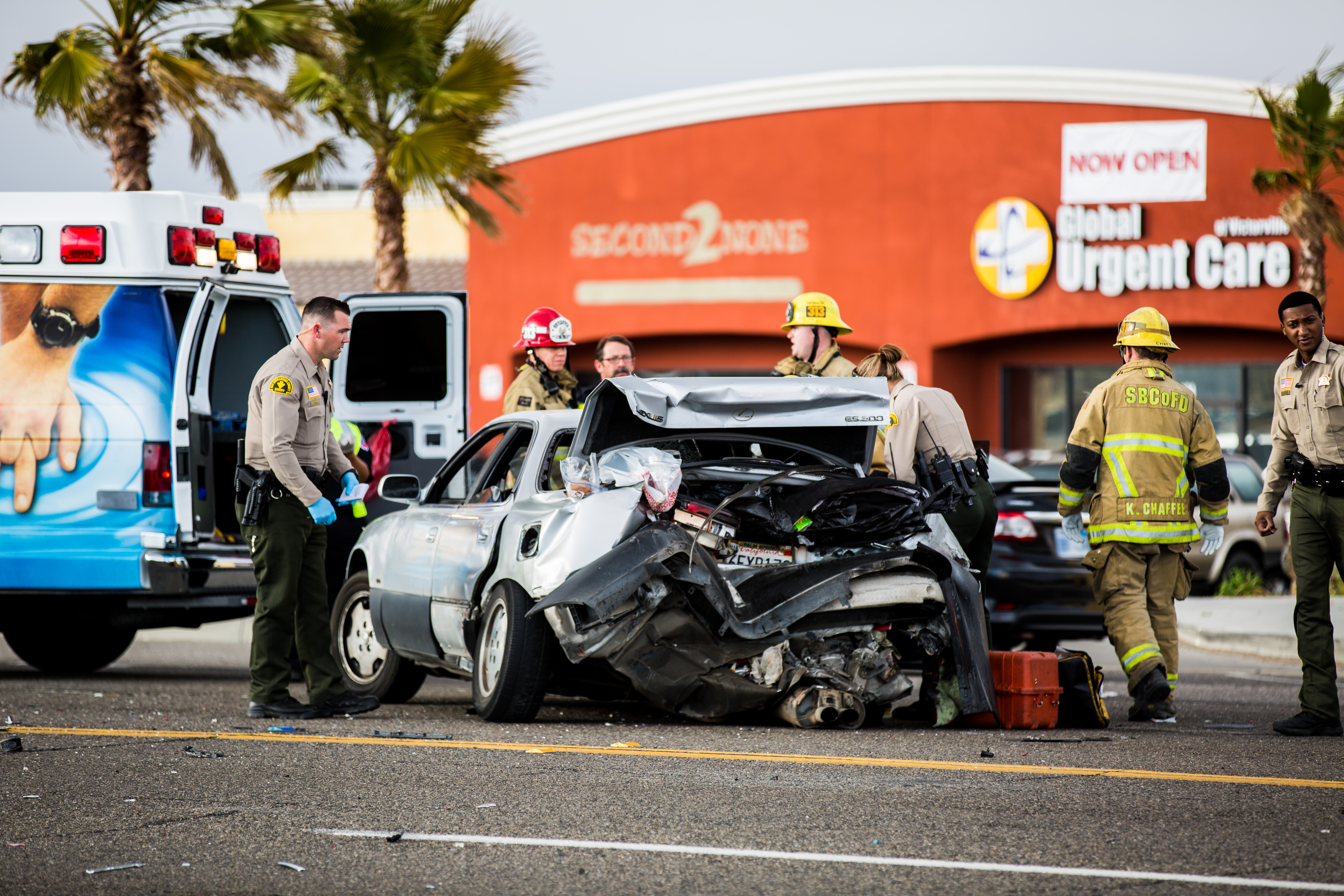 A black four-door Nissan involved in the collision stopped along the shoulder of Palmdale Road following the collision. (Photo by Gabriel D. Espinoza, Victor Valley News)

VICTORVILLE-(VVNG.com): Deputies from the Victorville Station as well as medical personnel were dispatched to Palmdale Road just east of Cantina Drive on Wednesday afternoon. The report of a major damage traffic collision was made at 3:39 p.m., per scanner traffic three children trapped in the backseat of a silver Lexus.

The Lexus, according to witnesses on scene, was traveling eastbound in the #1 (fast) lane and stopped to make a left-hand turn over the double yellow lines. A black Nissan, also traveling eastbound was unable to stop in time and hit the Lexus from behind.

One passenger of the Lexus was transported to the hospital with minor injuries, no other injuries were reported as a result of the collision.