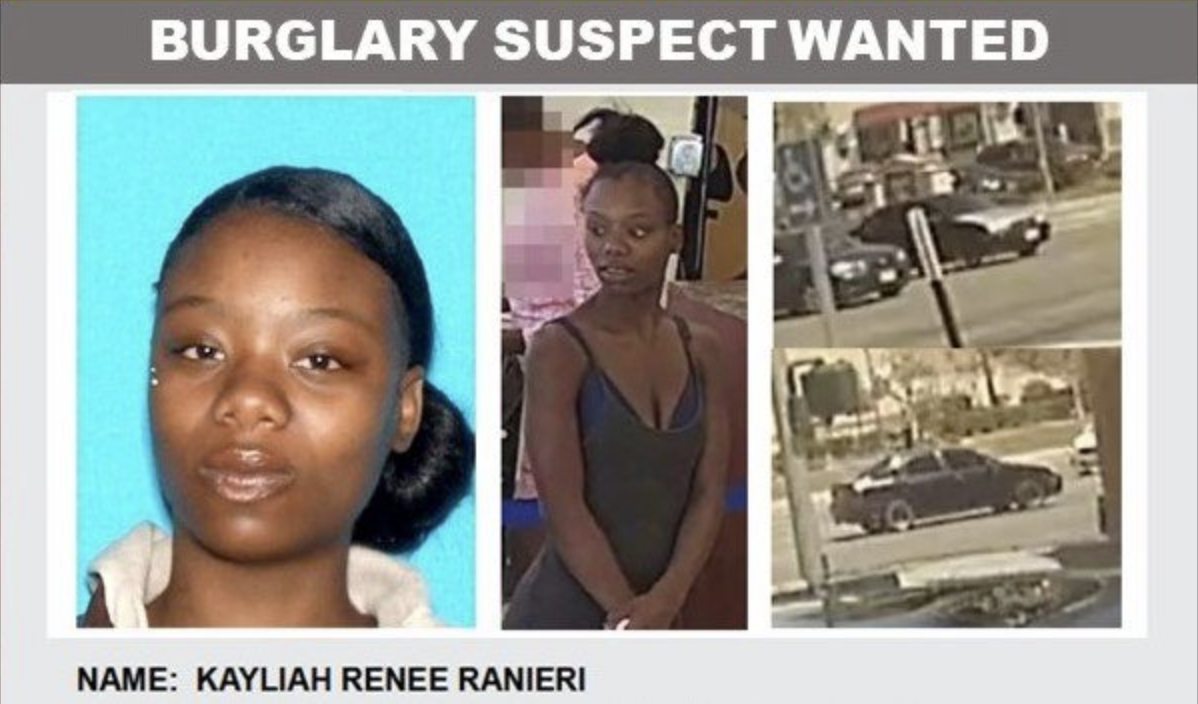 VICTORVILLE, Calif. (VVNG.com) — Police from the Palmdale Sheriff’s Station are searching for a commercial burglary suspect who is believed to be in the Victor Valley.

The reported crime happened on August 29, 2018, when the suspects Ranieri Kayliah, 22, and Isaiah Franklin stole a high-value gold bracelet from a Jared Galleria of Jewelry located in the 800 block of Rancho Vista Blvd. in Palmdale, CA.

Detective J. Ames with the Los Angeles County Sheriff’s Department Palmdale Station said the suspects ran from the location while viewing the item without purchasing it.

The suspects later sold the bracelet to a pawn shop, officials said.

According to Ames, Ranieri was positively identified by documents and identification she provided at the pawn shop, as well as by video surveillance at both locations.

Franklin was identified by video at both locations and notification from his parole agent who saw the wanted persons bulletin. Franklin is now in police custody.

A felony warrant has been issued for the arrest of Ranieri who is believed to be in Victorville or Apple Valley. Her last known address was in the 12500 block of Santa Fe Trail in Victorville.