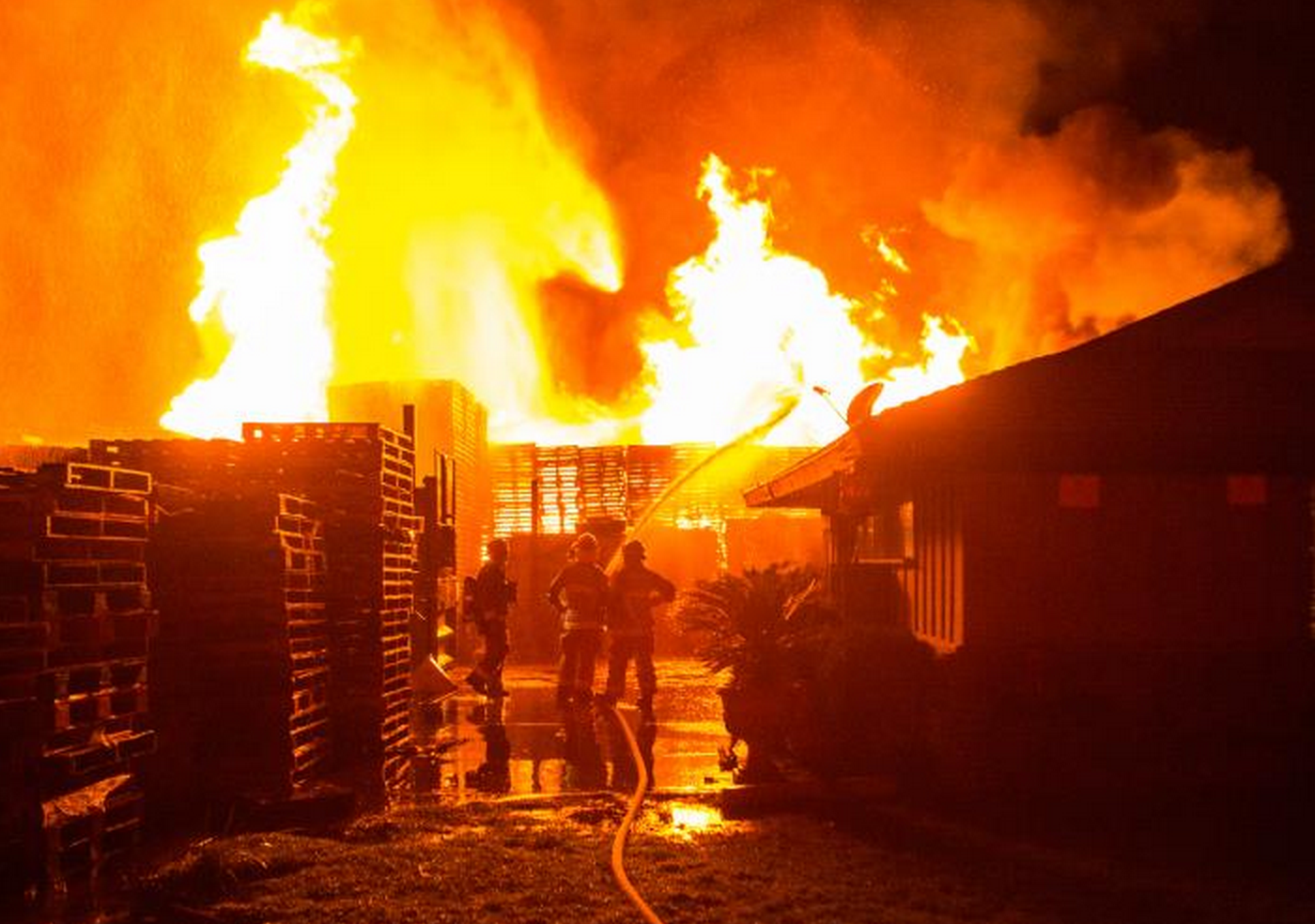 FONTANA: On September 14, at 9:48 p.m.,  Firefighters responded to a 3rd alarm commercial fire at Monarcas Pallets, located at the 13800 block of Slover Avenue in Fontana. Initial reports stated there were explosions coming from within the pallet yard.

Upon arrival minutes later, firefighters found numerous stacks of pallets, some as high as 30 feet, encompassing about 2 1/2 acres, fully engulfed in 100′ flame lengths and quickly spreading to adjacent properties. Semi trucks with tractor trailers attached, as well as stand along cargo trailers and passenger vehicles surrounding the facility were already catching fire and putting adjacent businesses at risk.

A chain link fence surrounding the property hindered firefighting efforts. Once access was made, firefighters were able to extinguish the semi and vehicle fires and keep the fire from spreading into over 90 additional semi-tractor trailers. Firefighters were then instrumental in keeping the pallet fire at bay and from burning a commercial building, 2 manufactured buildings, and reaching a multi-pump fuel station.

Within 2 hours, over 63 firefighters from San Bernardino County Fire and partnering fire agencies (Ontario, Rancho Cucamonga, & Rialto) had the fire under control. San Bernardino County Fire Inmate Hand Crew (17 additional personnel total), as well as a County Fire Dozer, responded to the business for overhaul and mop up operations, relieving firefighters and medic engines to return back to service. Numerous piles of pallets and other materials have to be broken up to make sure all fire is extinguished. Crews are expected to be on scene throughout the morning.

The cause of the fire remains under investigation by San Bernardino County Fire and Sheriff Investigators. There were no injuries to civilians or firefighters. In all, 10 passenger vehicles were destroyed, 31 semi-tractor trailers were either destroyed or sustained major damage. Firefighters are credited with saving well over $5 million in property and content. Preliminary fire damage and loss is estimated at $1 million.

Temperatures are rising and the Santa Ana Winds will soon be blowing, are you prepared in the event of a wildfire? For information on steps you can take to prepare as the height of fire season gets underway, please go to www.sbcfire.org and click on READY, SET, GO on the right side of our main page. For the latest updates, be sure to follow us on Twitter at SBCountyFire and on Facebook. 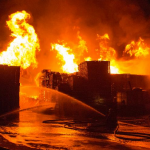 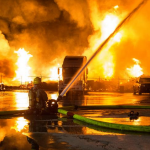 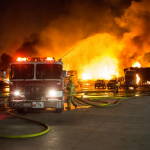