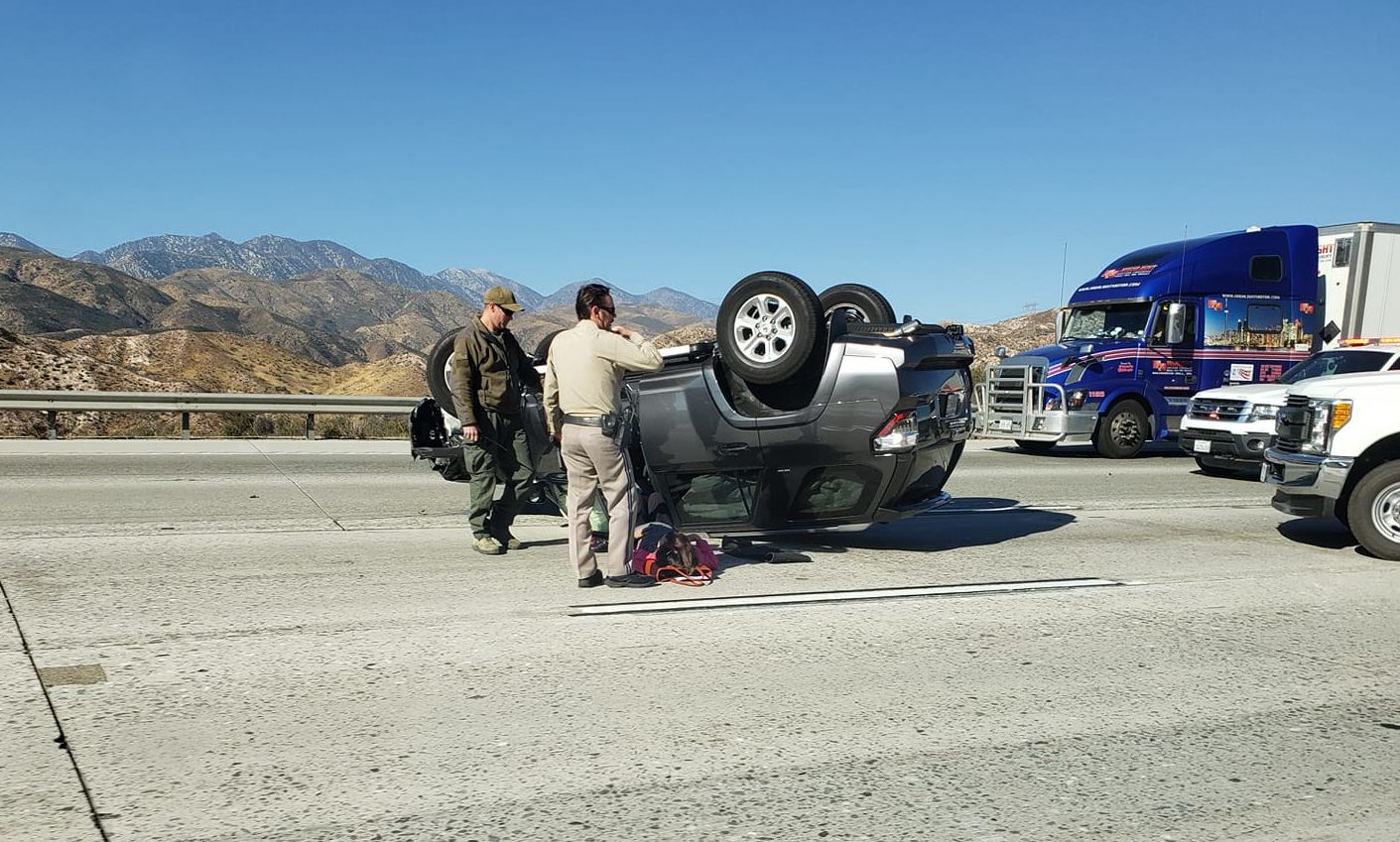 At about 9:00 am, a semi and a gray Toyota 4Runner were involved in a crash on the southbound I-15 freeway, south of Cleghorn Road.

The crash caused the SUV to overturn and land on its roof blocking the no. 1, 2, and 3 lanes.

According to the California Highway Patrol incident logs, the driver was able to exit the overturned vehicle.  A deputy at the scene helped a female occupant of the SUV.

At least one person was transported by ground ambulance to a hospital. Southbound traffic is at a crawl for several miles until you pass the accident.