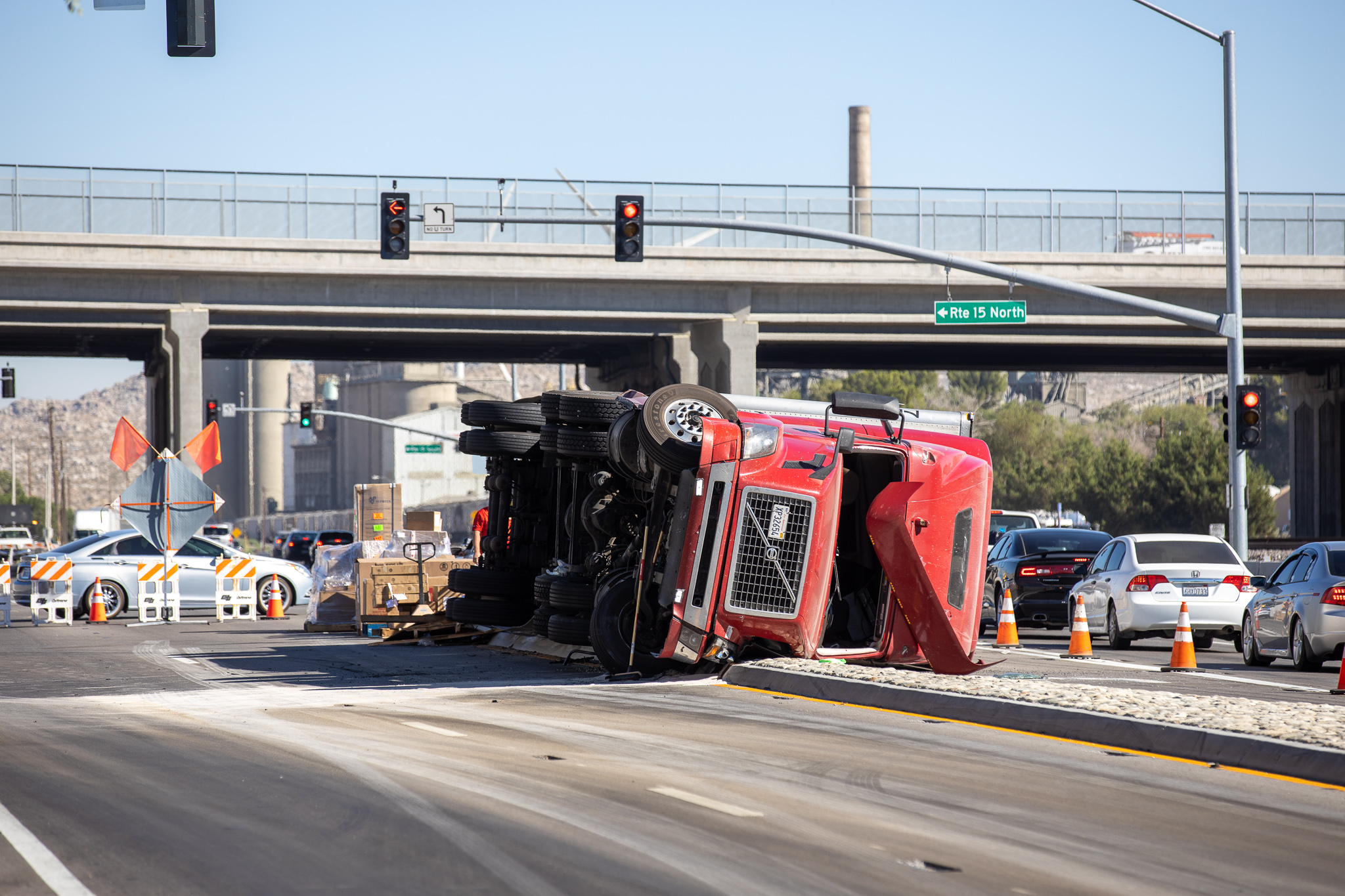 At about 6:16 AM on July 22nd first responders were dispatched to a crash involving a semi at the NB I-15 off-ramp and D Street. Upon arrival, they located a red Volvo semi and trailer overturned in the roadway, blocking lanes.

Sheriff’s spokeswoman Mara Rodriguez told VVNG the crash happened as the semi was exiting from the freeway. Rodriguez said the driver was unable to stop at the red light and turned the steering wheel towards eastbound D Street and due to the rate of speed of the semi, overturned onto its side.

“The driver of the semi suffered some cuts and abrasions and he had complaints of pain. He was transported to a local hospital for treatment. His passenger was not injured,” stated Rodriguez.

Eastbound traffic on D Street is blocked at the I-15. Motorists exiting on the D Street exit are unable to make a right turn into Apple Valley and should use Stoddard Wells Road as an alternate detour.

The offramp and that area of D Street will be closed for some time, as the investigation is completed and the contents of the trailer are offloaded so the semi can be towed from the roadway. Officials estimate the roadway to be closed until approximately 3:00 pm.

No other vehicles or persons were involved in the crash.