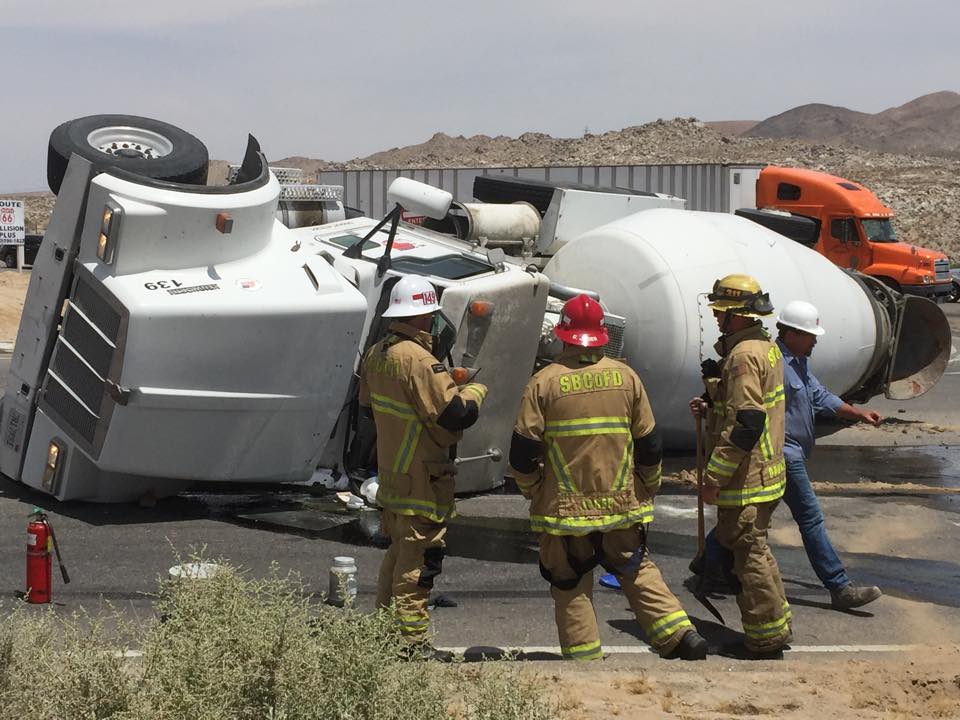 UPDATE @ 1245PM: Per Scanner traffic, Fish and Game responded saying that they would wait for Hazmat to decide if they need to respond to the scene.

Air Expressway is expected to be closed for approximately three hours. A crane will be used to assist in moving the truck from the roadway.

The truck was driving on National Trails Highway when it turned onto Air Express Highway where it is believed to have overturned due to the cement carrying portion of the vehicle spinning too fast.

VICTORVILLE-(VVNG.com):  Just before 11:30 A.M., on Monday, May 11th a cement truck carrying ten yards of cement overturned in the area of Air Expressway and National Trails Highway. The truck, per scanner traffic was laying on it’s side and blocking eastbound lanes of Air Expressway.

Hazmat was called due to the cement truck leaking fuel into the storm drain. At 11:35 A.M., deputies requested for traffic to be blocked to eastbound Air Expressway traffic at Village drive due to traffic back-up.

Within 10 minutes the leak was contained, but Fish and Game was notified due to the fuel going into a small creek prior to containment.