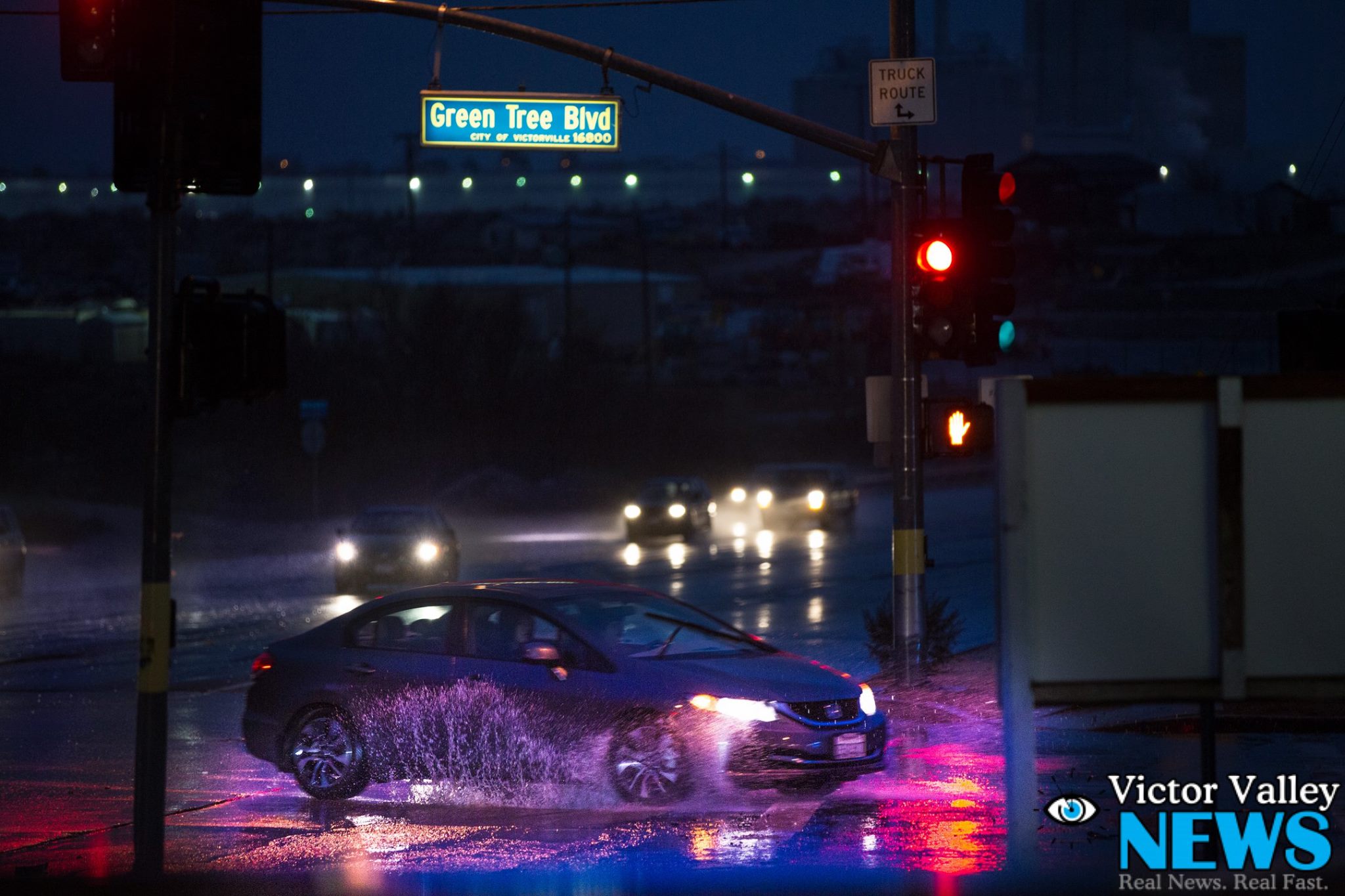 after touching the ground. The National Weather Service (NWS)  said that snow was reported at levels as low as 4000 feet, but  overnight snowfall should be expected at even lower levels throughout the evening. Overnight snow levels are expected to fall to as low as  3000-3500 feet, meaning most of the Victor Valley including Adelanto, Apple Valley, Hesperia and Victorville will have at least a small chance of snow.

Caltrans officials warn drivers that snow is likely to fall overnight on the Cajon Pass. Early-morning commuters should allow extra time to reach their destination. Drivers are reminded to drive carefully, reducing speeds due to the wet, and slippery roads coupled with reduced visibility. The mountain pass at Stateline should also expect to experience overnight snow Caltrans officials said.

Chains are required in all mountain areas, and those going to enjoy the snow should prepare for  delays.

Overnight temperatures are expected to drop to under 30 degrees Sunday night and into Monday morning.  Rain showers will continue until 11:00 p.m., then there will be a slight chance of overnight snow showers the NWS said. Night time snow accumulation, if any,  is expected to be less than half an inch.

Monday will be mostly sunny with highs at around 50 degrees.  Windy and dry conditions are likely to blow dust in the air, causing reduced visibility. Monday

High winds along with the wet weather will make driving difficult, especially those with high profile vehicles. Drivers are reminded to take extra precautions and allow extra time for your commutes.

Those who see homeless individuals out in the cold weather are asked to remind them about the Victor Valley Rescue Mission warming shelter, which is open from 6:00 p.m. until 7:00 a.m., when the overnight  temperatures fall to 32 degrees or below. The location is the Victorville Fairgrounds located at 14800 7th

Street in Victorville in the Alaska building (Gate B, Building 2).

Also, do not forget your furry companions when you are cuddled up under your blanket in your warm home. Their hair covered body does not protect them  from the harsh winter weather. Pets, especially those that are older in age can become very ill or even die as a result of exposure to the freezing temperatures.