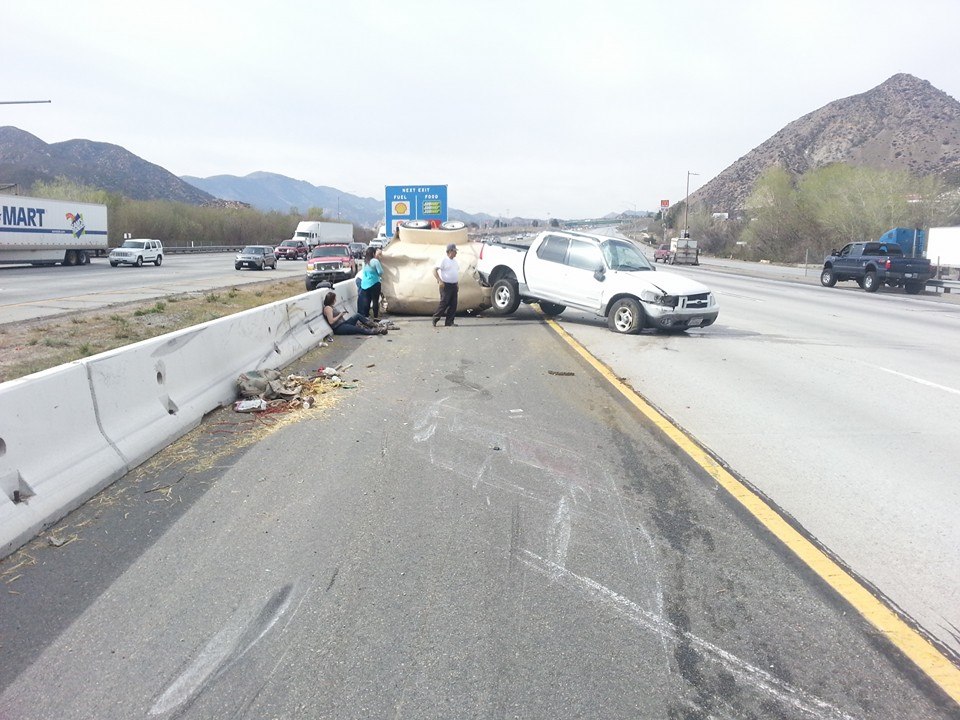 CAJON PASS: Cal Trans issued a Sig-alert on Saturday afternoon  due to an overturned horse trailer on the north bound 15-freeway. The alert was issued on Saturday at 1:48 p.m., causing traffic to back up for several miles.

For unknown reasons the horse trailer overturned at about 1:17 p.m. blocking the #1 lane. The incident occurred on the north side of the 15 freeway just south of highway-138, near the scales and per CHP logs traffic is backed up to Blue Cut.

The occupants of the truck  were not injured and the truck itself did not overturn during the accident. At this time it’s unknown what caused the horse trailer to over turn.

The horse trailer was transporting a mare and a baby calf and both were reportedly trapped inside of the mangled horse trailer requiring extrication.

Eyewitness and VVNG member Scott Moyes, reported the 9-day-old calf sadly passed away, due to the injuries received . As of 2:20 p.m. the mare remained trapped inside trailer and injuries are unknown, but reported to be alive. Animal control is on scene to assist first responders.