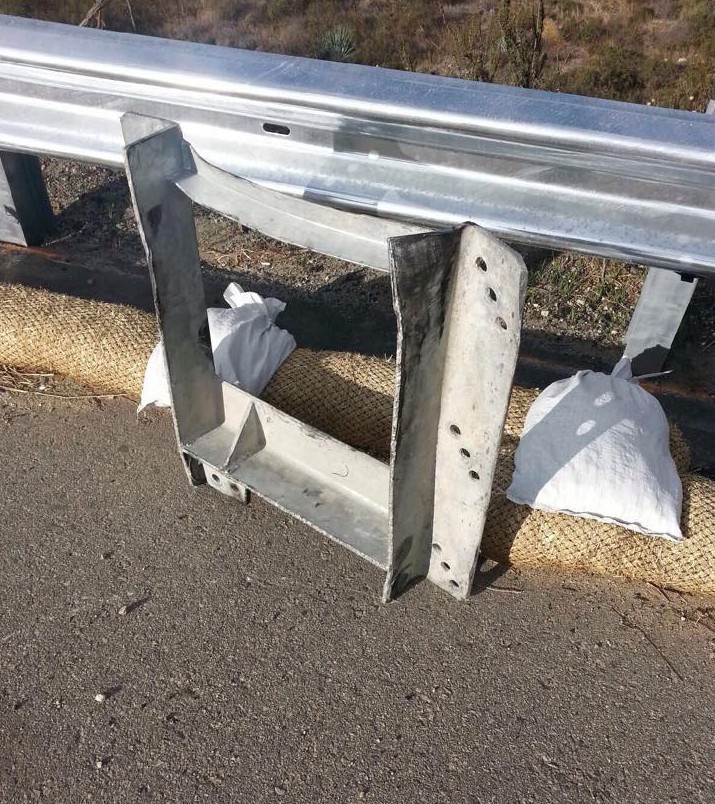 CAJON PASS -(VVNG.com): At approximately 7:43 a.m., on Wednesday, November 19, 2014 dispatch received multiple calls stating that approximately 20 vehicles were on the right side shoulder near the 15 Southbound and 215 interchange.

“It was a big chunk of metal I hit it, damaged one of my tires beyond repair,” commented Victor Valley News Group member Conan Brunt.

According to California Highway Patrol Logs (CHP) logs, a green big rig with a flatbed trailer loaded with metal similar to that in the roadway was stopped on the freeway shoulder retying their load. Traffic was closed at the Kenwood Avenue to Southbound 15 freeway. “As far as what CHP will do a claim on depends on the actual circumstances. Often times people opt to call their insurance for coverage,” said CHP Spokesman, Brian Alvarez.

UPDATE: Children Ejected After Roll Over Accident in Apple Valley