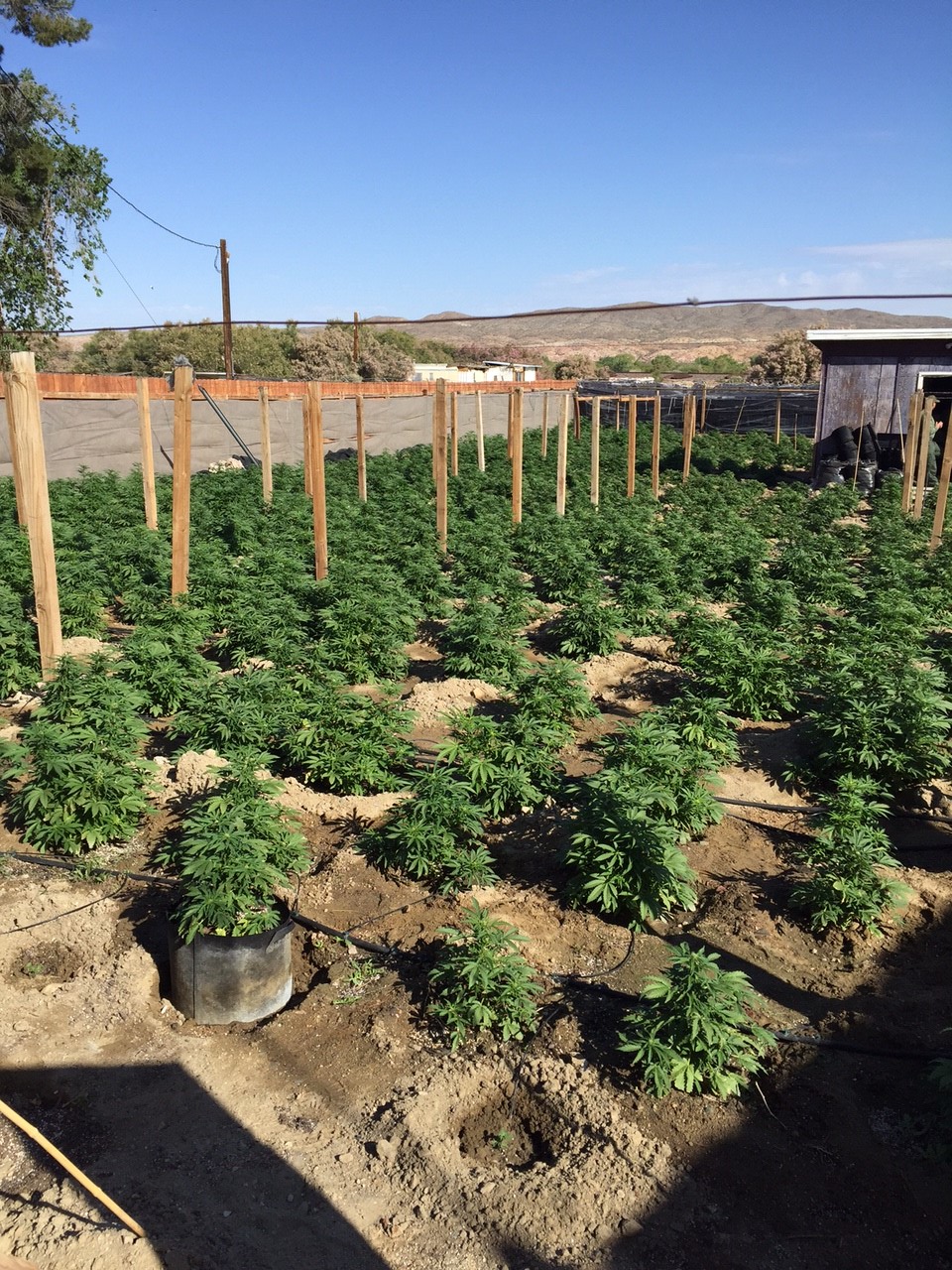 BARSTOW-(VVNG.com):  Four Barstow residents will be facing charges after a marijuana cultivation was located at 20578 National Trails Highway in an unincorporated area of Barstow.

Department Marijuana Enforcement Team (MET) served a search warrant on the home. Not only was the illegal outdoor cultivation located but deputies also located the four suspects and a 2 and 5-year-old child.

Over 5200 marijuana plants and over 15 pounds of recently harvested marijuana was seized. The San Bernardino County Press release said, “a large amount of marijuana found and other evidence seized at the location suggests the suspects had no intention of abiding by California’s medical marijuana laws or local ordinances relating to growing marijuana for medical purposes.”

The two small children were believed to be put at risk being at the location. The suspects, 46-year-old Leopoldo Luna, 25-year-old Omar Uribe and 26-year-old Jasmine Pinal were booked into the Barstow jail for Cultivation of Marijuana and Child Endangerment. They are being held in lieu of $100,000.

The fourth suspect, 60-year-old Maria Pinal was transported to a local hospital because of health issues. An arrest warrant will be requested pending a review of this case by the San Bernardino County District Attorney’s Office.