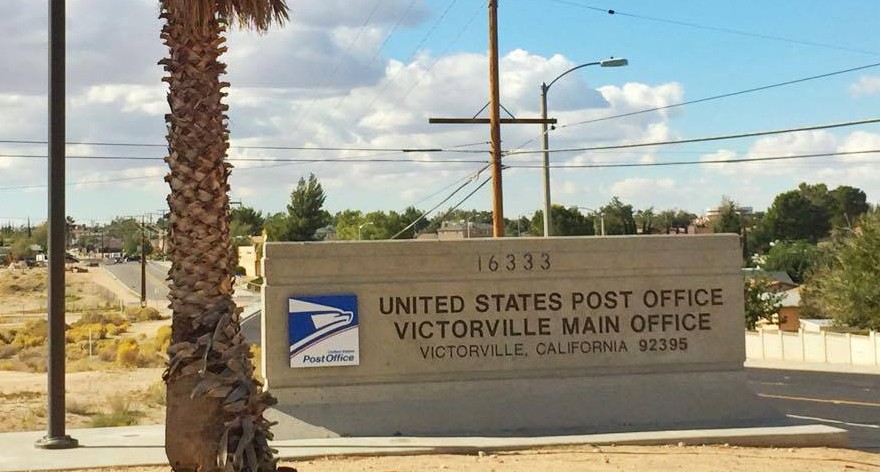 VICTORVILLE-(VVNG.com): On Tuesday, November 3rd at about 7:13 p.m. dispatch received a report of grand theft at the United State Post Office on Green Tree Boulevard and 6th Avenue in Victorville.

“As the semi that transports mail and money was leaving the Post Office, one or more suspects ran to the back of the semi, cut the padlock, opened the roll-up door, and stole the money bag worth approximately $43,000.00,” said San Bernardino County Sheriff’s Spokesperson Sgt. David Burgess.

Authorities say that this is the fourth similar theft, the second at the Victorville Post Office.

“One happened a month ago and another happened today at the Phelan Post Office,” added Burgess. Burgess said that the one at the Phelan post office and the one last month was not noticed until the truck arrived in San Bernardino.

The truck driver described the suspect as a black male adult wearing a mask. The suspect fled on foot through the desert.