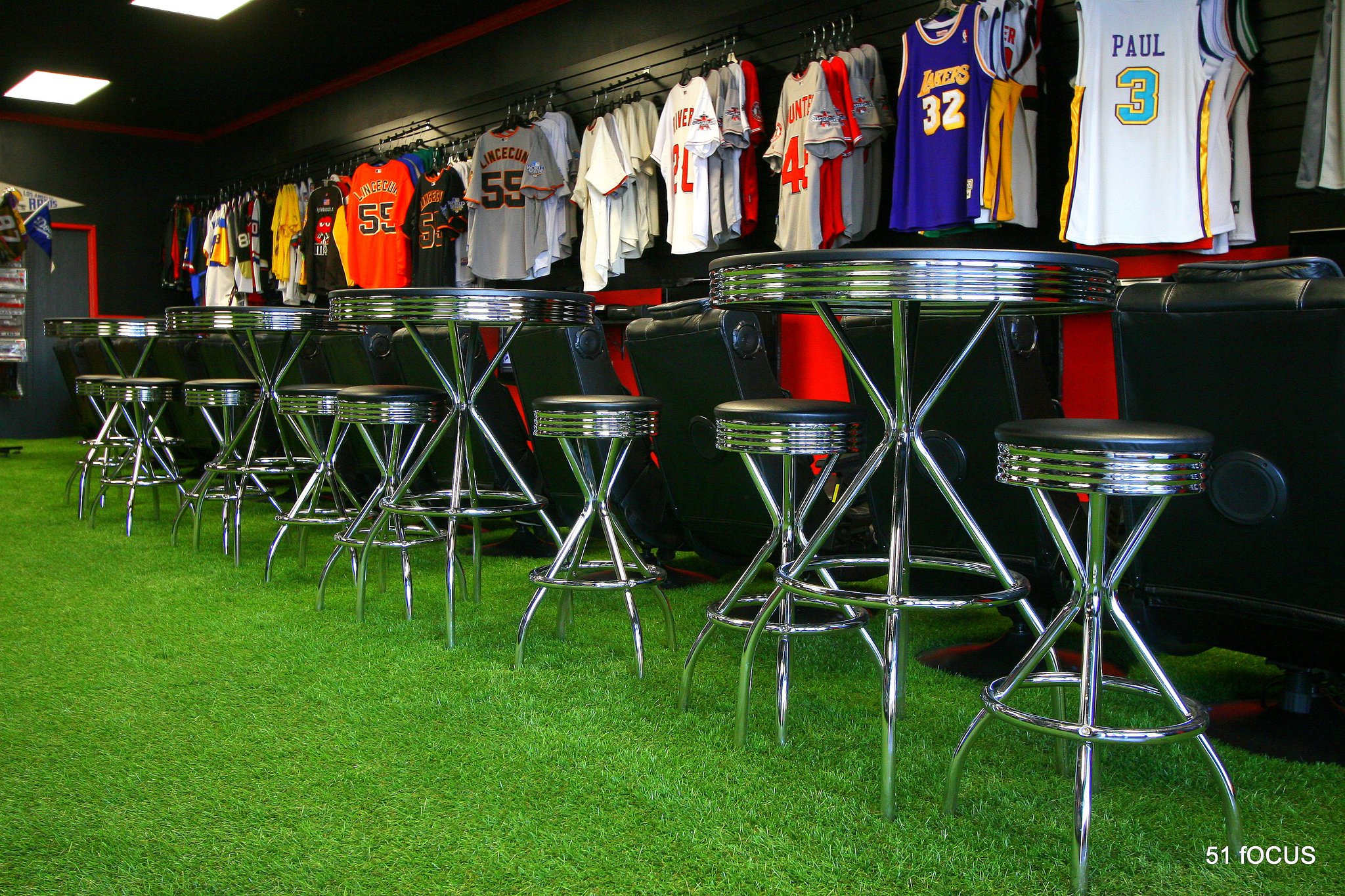 The owner of the business, Gregery Williamson, 50, of Victorville, was arrested at the business and booked into the High Desert Detention Center in Adelanto. Bail was set at $25,000. Williamson is currently charged with one felony count of possessing for sale counterfeit Nike NFL jerseys. (Click here to download a copy of complaint.)

“The seizure of these items and arrest of Mr. Williamson today was the culmination of an extensive investigation lasting over several months after HSI and the District Attorney’s Office received reports that the business was selling counterfeit jerseys,” said Senior Investigator Steve Rivera, who is assigned to the case.

Williamson may face additional charges in connection with the other items seized from the business during the execution of the search warrant.

“People wrongly assume intellectual property theft is a victimless crime and there’s no harm in buying counterfeit goods,” said Claude Arnold, special agent in charge for HSI Los Angeles. “The reality is, retailers who sell counterfeit products and consumers who buy them are essentially stealing. They’re robbing from law abiding merchants and from the legitimate companies that manufacture these items. What’s more, counterfeiters could care less about product quality or safety–which is why we warn consumers who think brand-name knockoffs are a harmless way to beat the system and get a great deal, ‘buyer beware’.”

Williamson is scheduled to be arraigned August 20, 2014 in Victorville Superior Court.

“In this case, imitation is clearly not the sincerest form of flattery,” District Attorney Mike Ramos said. “It’s called breaking the law, and this office will continue to aggressively protect all registered brands from the likes of counterfeiters.”

Armed Robbery at Del Taco on 395