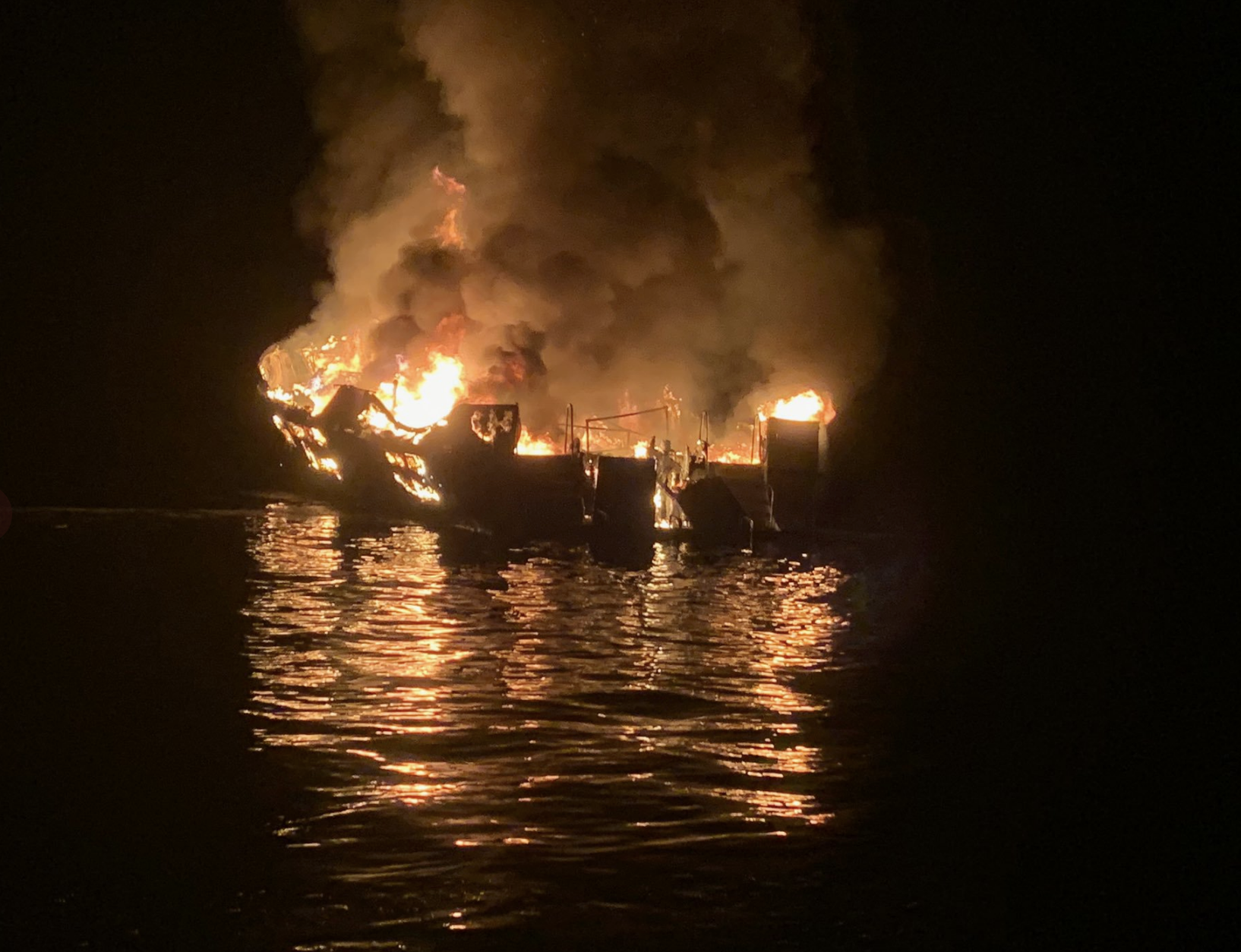 UPDATE 9:20 AM – Officials held a news conference and confirmed 34 people who were asleep on the lower level of the boat are unaccounted for. The five crew members rescued were awake on the upper deck and were able to jump and save themselves. The U.S. Coast Guard is continuing recovery efforts.

VENTURA COUNTY, Calif. (VVNG.com) — Over 30 people are feared missing after a boat fire off the Santa Barbara Harbor prompted a massive rescue operation on Labor Day 2019.

According to a tweet from the Santa Barbara County Fire Public Information Officer, 5 people were rescued and 34 are missing after a 1975 boat named Conception, based in Santa Barbara Harbor, caught fire while anchored off Santa Cruz Island Monday morning.

Multiple agencies responded to the scene, where four crew members who jumped overboard were rescued, according to the U.S. Coast Guard. One of the rescued suffered a broken leg.

The boat involved is a popular overnight diving and fishing boat that belonged to Truth Aquatics, a very reputable company in the dive community.

According to the Truth Aquatics website, the Conception was on a Labor Day trip to the San Miguel Island that left on Friday and was scheduled to return Monday afternoon.

#CoastInc: @VCFD responded to boat fire off the north side of Santa Cruz Island at approximately 3:28am. @USCG helping support rescue operations for people aboard a dive boat. #ChannelIslands @USCGLosAngeles @CountyVentura @SBCOUNTYFIRE pic.twitter.com/DwoPGfBjtA