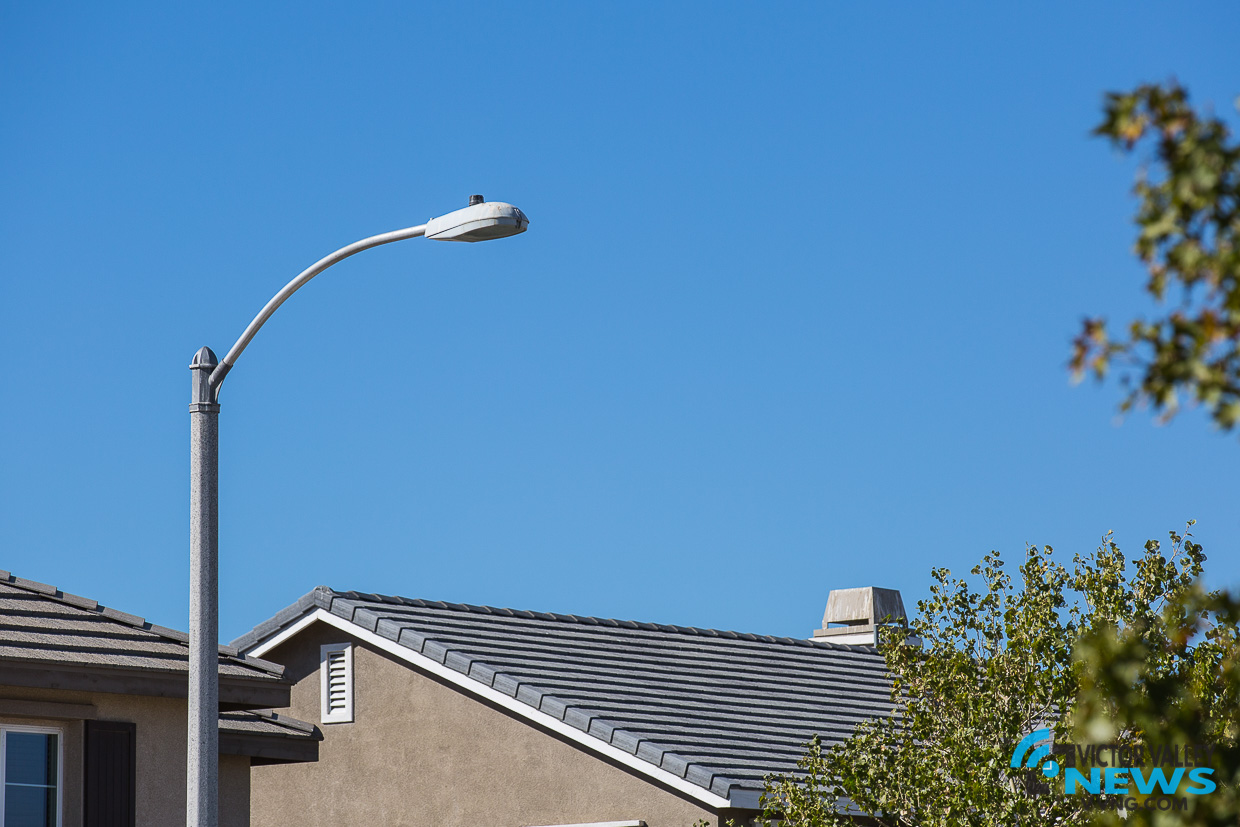 ADELANTO, Calif. — Starting next month Southern California Edison (SCE) will begin an upgrade of over 1,600 street lights with L.E.D. lamps throughout the City of Adelanto City.

“We were fortunate to submit our application for the LS-1 Option E program and get approved before the program ended,” said Tondalaya Goodwin, Adelanto Utility Services Manager.

Adelanto is one of 30 cities participating in a program offered by SCE where over 50,000 lights have been installed with the expectation that 70,000 will be installed by year’s end.

For Adelanto 1,672 High Pressure Sodium Vapor (HPSV) street lights will be converted to Light Emitting Diode (LED) at an estimated savings of $22,000.

Every SCE customer who qualifies for the conversion program is accepted, however, Adelanto signed up in time to also receive energy efficiency incentives on top of the rate savings embedded in LS-1 Option E tariff.

“Currently, we are funded to spend up to $30 million per year over the next several years to implement the LS-1 Option E program,” said Olson.

“Not only are we being environmentally sensitive but there are no out-of-pocket costs for the city and we’re saving the taxpayers in reduced costs,” said Mayor Rich Kerr.

“SCE performs the upgrades and we ask that city staff assist with any permitting that may be necessary and perhaps provide an area for a laydown yard while crews conduct the light replacement work, said Olson. The conversion is expected to be completed in approximately two weeks.

“This is a win-win for the City of Adelanto and its residents,” said Kerr.