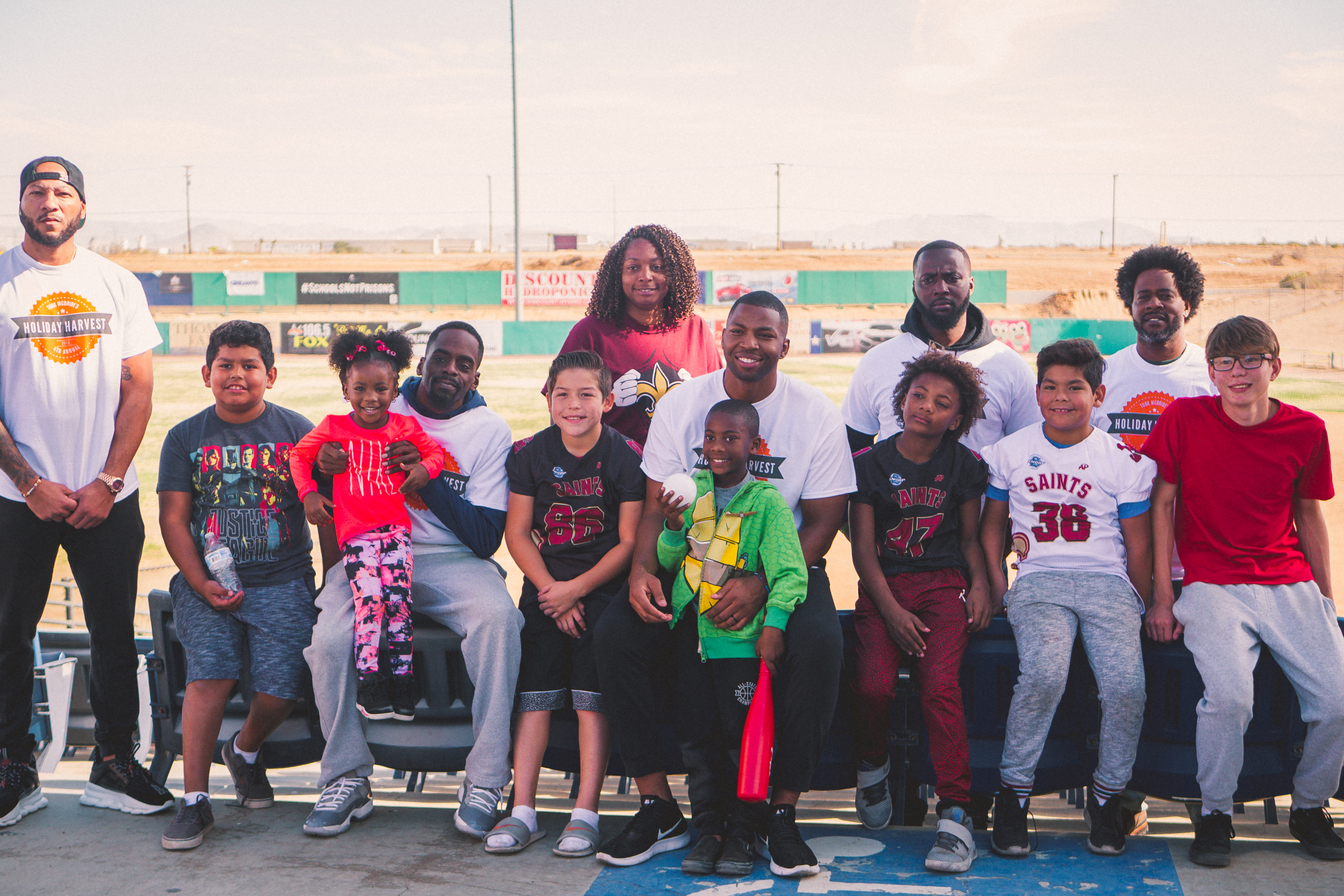 Participating families, pre-identified by Adelanto High School based on need, received a 25-pound box of food such as canned vegetables, peanut butter, and macaroni and cheese; a 10-pound box of personal-care items such as shampoo, razors and toothpaste; and additional products along with books and toys.

For families who struggle to put food on the table, these items will bring relief as well as hope for a brighter holiday season. Curbside Community Center, Swapping Mamas, and Desert Manna partnered to provide music, hot food, blankets, and additional food support.

“It brings me great joy to be able to participate in the community that has become a second home to me. In addition to our community event with Feed the Children, I will volunteer at their local distribution center to pack boxes of food and essentials for families that need our help.” said Turk McBride, retired NFL athlete, and presenter of Holiday Harvest. “We aim to revitalize Adelanto’s economy through hard work and transform hunger into hope during this season of giving.”

“During this time of year the need is great for extra help with holiday meals, and we’re grateful that Turk McBride has once again has shown his generosity towards the residents of Adelanto,” said Mayor Rich Kerr. In Adelanto, more than 42 percent of the residents live below the poverty line. Often, these families are uncertain of where they will find their next meal.

“This holiday season, we are not only providing food and necessities to these families—but also hope,” said Travis Arnold, Feed the Children president and CEO. “Thanks to Turk McBride and our community partners we are able to help these families rest a little easier knowing they do not have to worry about where their next meal is coming from.”

About Turk McBride’s Holiday Harvest: Established in 2014, this event has since served over 4,000 through its annual food drive with dry goods, hot meals, clothing, and blankets. Every year this event has received overwhelming support from the community of Adelanto. Through these meaningful partnerships, the Holiday Harvest continues to be an Adelanto tradition. 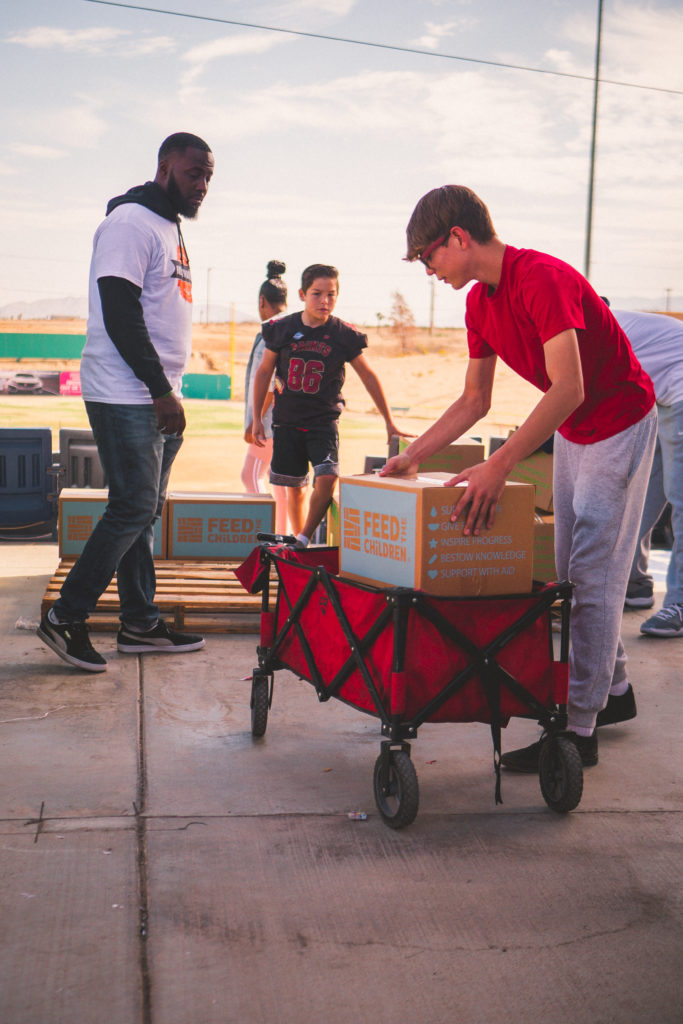 About Feed the Children: Established in 1979, Feed the Children exists to defeat childhood hunger. It is one of the leading U.S.-based charities and serves those in need in the U.S. and in 10 countries around the world. It provides food, education initiatives, essentials and disaster response. It operates five distribution centers located in Oklahoma, Indiana, California, Tennessee and Pennsylvania. In fiscal year 2017, Feed the Children distributed 79.8 million pounds of food and essentials to children and families in the U.S.