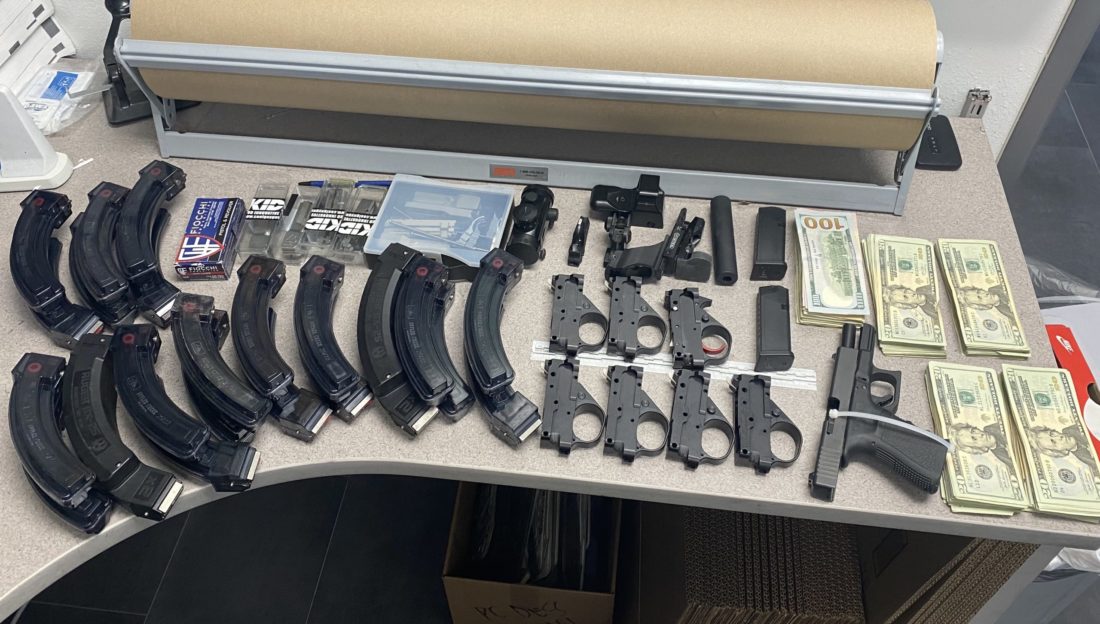 On Friday, July 31, 2020, at approximately 4:42 am, Sheriff’s dispatch received a call regarding a residence located in the 13100 block of Arvila Drive and the caller believed the residence was being used as an illegal, indoor marijuana cultivation site and was occupied by multiple male adults.

Upon arrival, deputies from the Victorville Police Department attempted to contact the subjects inside and several attempted to flee the residence through a rear door.

Additional deputies arrived, and a search warrant was authored and granted for the residence.

According to a sheriff’s news release, “During the search of the residence, a total of 108 pounds of marijuana was located. In addition, digital scales, packaging material, cash, a firearm, several large capacity magazines, and miscellaneous unregistered gun making parts, including a silencer, were located.”

All five subjects were arrested for possession of marijuana for sales. Sheriff’s officials said several firearm charges are also pending review by the District Attorney’s Office.

Anyone with information about this investigation is asked to contact Deputy C. Smith, Deputy M. Baltierra, or Deputy D. Fratt at the Victorville Police Department at (760) 241-2911 or Sheriff’s Dispatch at (760) 956-5001. Callers wishing to remain anonymous are urged to call the We-Tip Hotline at 1-800-78CRIME (27463) or you may leave information on the We-Tip website at www.wetip.com.

1900 lbs of marijuana seized from six residential locations in Victorville