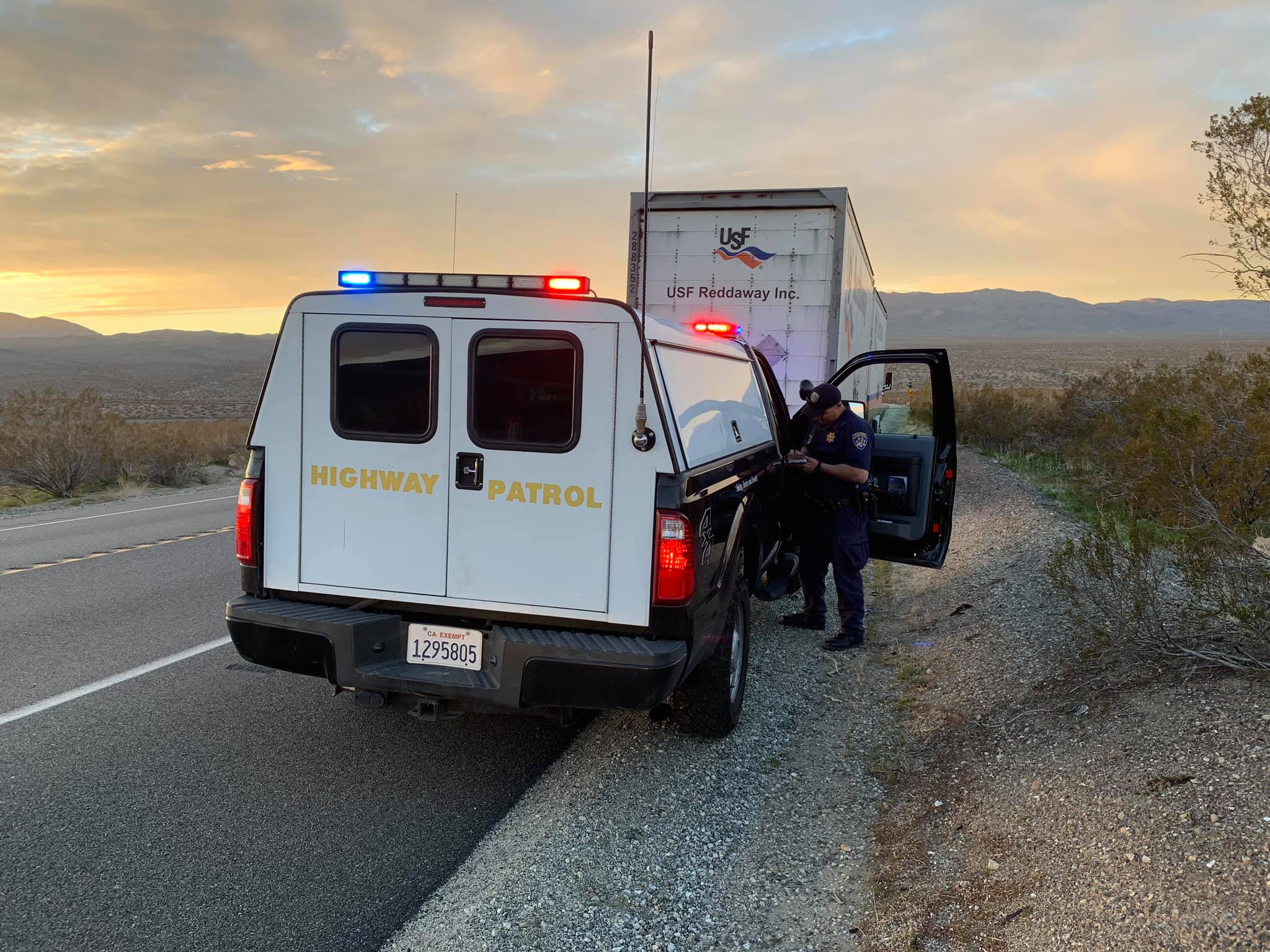 CHP units from Barstow, Mojave, Victorville, and Air Ops joined forces on February 27, 2019, and saturated US-395 area looking for who decided to break the law.

Officials said the detail was in response to the amount of unsafe driving that has been occurring on the highway.

On the day of the CHP Barstow shared a post to Facebook saying: “Many citations were issued. We saturated the Kramer Junction area and even with the known presence of CHP units actively patrolling this morning you’d be surprised how many people still decided to break traffic laws and put other people’s lives in danger.”

CHP Victorville posted about their own memorable moment involving the driver of a Chevy Silverado who sped past multiple officers that were already busy on traffic stops.

“He thought he was in the clear so the driver decided to pass multiple vehicles over double yellow lines at 90 mph. What he didn’t realize was the CHP fixed wing airplane, A-83, was overhead observing traffic. A-83 Contacted an awaiting Barstow unit ahead and the driver was stopped. That speed and unsafe passing will ultimately cost the driver around $1,000,” stated the post.

“We understand the traffic concerns within the communities and major highways in the high desert,” stated Mumford. ” There have been and will be future enforcement operations that include those areas. Yesterday’s joint enforcement operation on US-395 was a huge success.  Our officers were able to not only enforce multiple traffic laws, but provide education to the public on how dangerous the high speeds and unsafe passing can be to themselves and other motorists. ”

Below is a breakdown of the combined totals per station.

The Barstow Area’s Totals are as follows:

The Mojave Area totals for the US-395 SEU are:

The Victorville Area’s Totals are as follows: