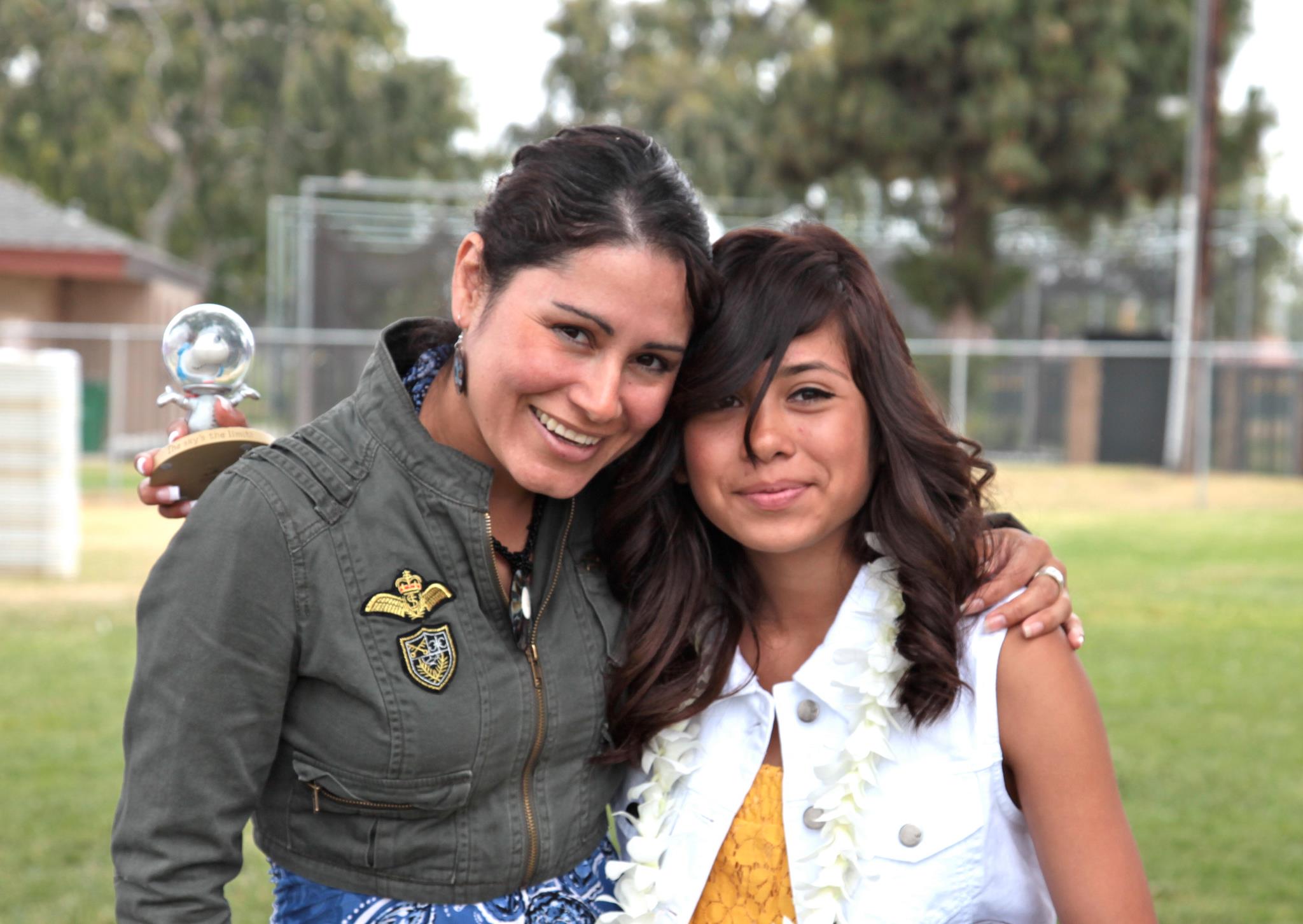 ORANGE, Calif. (KABC) — “Police in the city of Orange are intensifying a search for a missing California State University-Fullerton student.

Police said Ramos was last seen outside her apartment complex by herself in Orange at about 8:30 p.m. Thursday. She was seen on security camera footage. 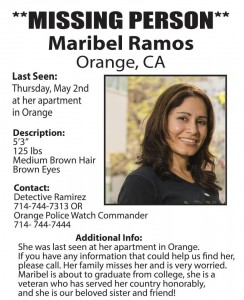 On May 3, 36-year-old Maribel Manriquez Ramos was reported as a missing person. The circumstances surrounding Ramos’s disappearance are suspicious, according to police.

Ramos is described as a Hispanic woman standing 5 feet 2 inches tall, weighing 130 pounds, with brown medium shoulder-length hair. Ramos has a tattoo of a star on her left shoulder and an Aztec/tribal symbol on her lower back.

Her sister says Ramos was happy and was about to graduate from CSU Fullerton with a bachelor’s degree in criminal justice.

Ramos had just returned from a conference in Chicago where she spoke on a panel about the transition from military to civilian life. Ramos served two military tours of duty in Iraq as an Army sergeant. She was honorably discharged in 2008.

Her sister says she knew something was wrong when Ramos missed a baseball game Friday, and failed to show up at a veterans appreciation night at Cal State Fullerton, where she was supposed to give a speech.

“I was at dinner with a friend and I got a message that she didn’t arrive at her baseball game, and that’s not like her,” said sister Lucy Gonzalez. “She is very responsible. If she has a meeting with you, she will arrive 15 minutes early.”

Gonzalez said Ramos left her dog, as well as her vehicle. There’s been no activity on her cellphone or credit cards.

Ramos has a boyfriend and a roommate.

A neighbor said the roommate told him that he last saw Ramos as he left to go for a walk. He returned and Ramos was not there. He said she may have gotten a ride somewhere.

If Ramos is located or you have information of her whereabouts, please contact the Orange Police Department at (714) 744-7444.”