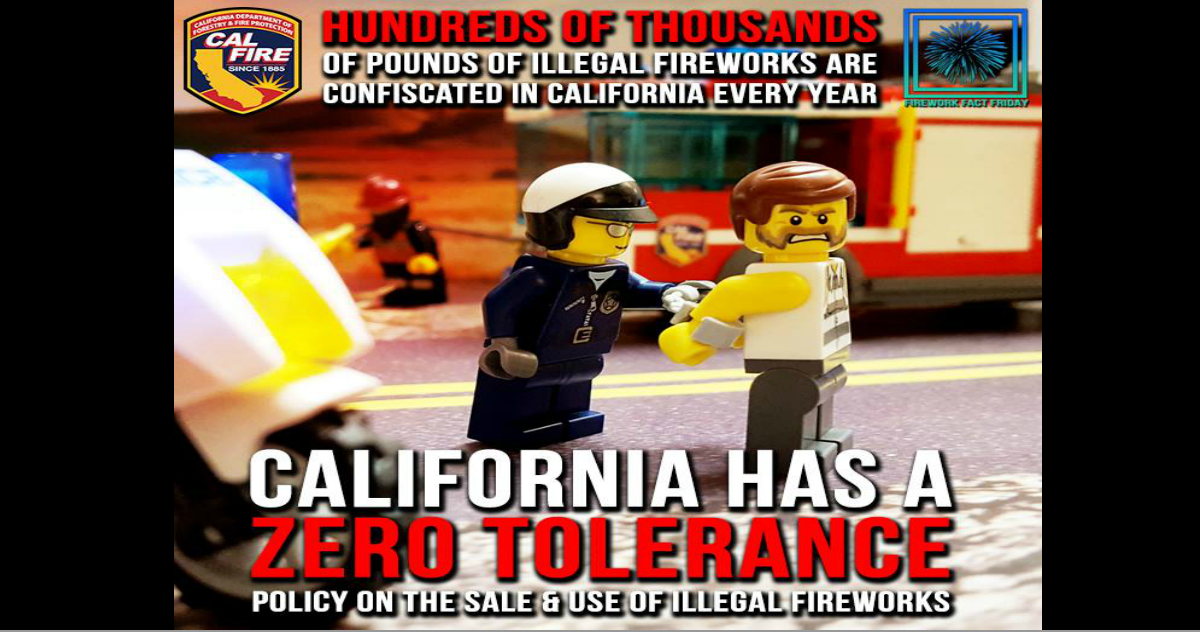 (staff reports): San Bernardino – During the course of this previous weekend, CAL FIRE law enforcement conducted a multi-agency fireworks seizure operation. The operation resulted in the confiscation of 25,406 pounds of illegal fireworks. Additionally, 195 contacts were made and 51 misdemeanor citations were issued. A total of 2 felony arrests and 2 DUI arrests were made during the operation.

“There is no excuse for breaking the law when it comes to fireworks. Illegal fireworks and pyrotechnics can cause devastating injuries and damage to property,” said Tonya Hoover, California State Fire Marshal.

According to statistics from the U. S. Consumer Product Safety Commission, fireworks were involved in an estimated 10,500 injuries treated in U.S. hospital emergency departments during calendar year 2014. The CPSC also says that the vast majority of injuries are caused by fireworks that are illegal in California.

CAL FIRE wants you to have a safe Fourth of July. Remember One Less Spark causes One Less Wildfire. www.readyforwildfire.org