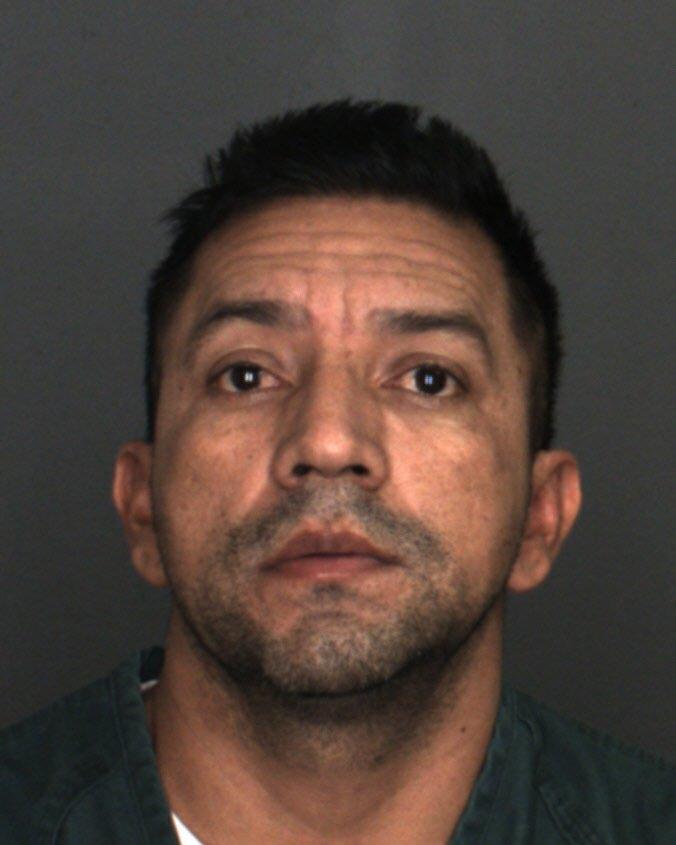 ONTARIO-(VVNG.com): Cesar Garcia, 39-year-old Ontario man was arrested for having a year-long sexual relationship with a 15-year-old girl. After the relationship terminated Garcia continued to stalk the girl through social media. Garcia first met the teen through his sister, he used the teen to babysit his children in order to get her to his home on a regular basis.

Garcia had profiles on several social media sites where he contacted the victim as well as her friends to request and receive child pornography. Garcia as seen by witnesses parked by the victims home on various occasions and when the victim attempted to end the relationship. On August 24, 2014, the victim notified law enforcement after Garcia had followed her and her friends, confronted them and ripped the phone from her hands.

Garcia fled, leaving his five minor children in their Ontario apartment after finding out the law enforcement was involved. He continued to stalk the victim through social media  and hacked her accounts posting sexual content and using her profile to communicate with other teen girls. Despite an active warrant for his arrest, Garcia evaded law enforcement contact for three months, while continuing to stalk and harass the victim.

Garcia was arrested December 15, 2014 in Garden Grove by the San Bernardino Sheriff’s Department Special Enforcement Division. His daughter, Britnie Garcia, 19, was also arrested for playing an active role in helping her father evade apprehension. Both were booked at West Valley Detention Center. Cesar Garcia is being held on $1 million bail for charges of PC 211, PC289(h), PC646.9(a), PC261.5(c).

Detectives are concerned there may be more victims, considering the suspect’s methods and his presence on social media. Additional victims are encouraged to call Detective L. Harper at the Chino Hills Station at (909)364-2000. Their identities will remain confidential throughout the process.