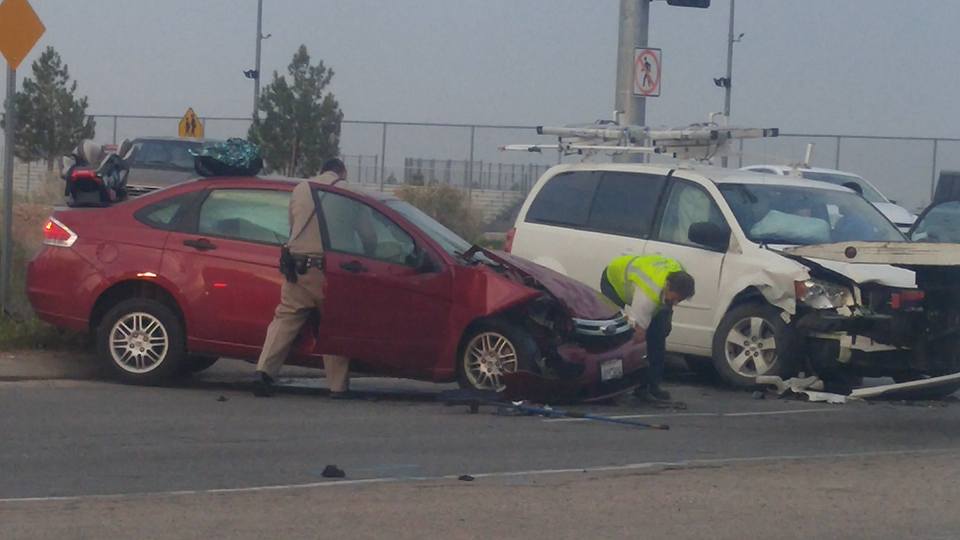 HESPERIA-(VVNG.com):  At around 5:30 p.m. on Thursday evening, two vehicles collided head on at Ranchero and Cataba Roads. Both vehicles were carrying children, one with a mother and child and the other with a father and two children.

The deputy on scene said that one vehicle was traveling eastbound and the other was traveling westbound on Ranchero Road when the two collided head on. One woman was transported to a local hospital for treatment of minor to moderate injuries.

No other injuries were reported as a result of the collision. The collision is still under investigation.