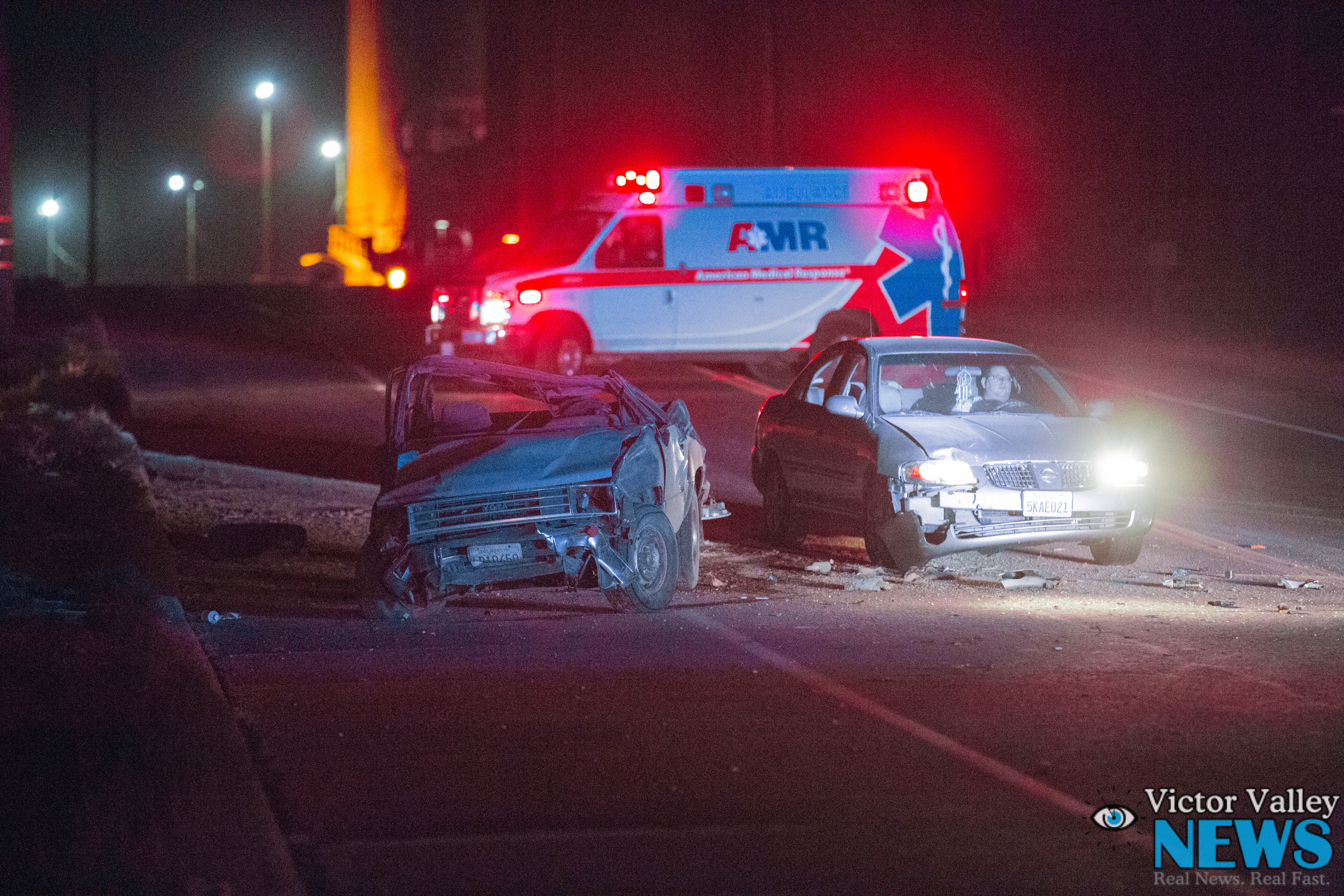 VICTORVILLE-(VVNG.com): Deputies are still seeking an Hispanic male adult that was involved in a rollover traffic collision on Monday morning just after midnight. The pickup truck rolled over several times on National Trails Hwy near D Street in Victorville just prior to it coming to a stop and the driver fleeing.

Witnesses told deputies that the male suspect got into an older 2 door vehicle and was dropped off at the AMPM near the entrance of the southbound 15 freeway.

San Bernardino County Sheriff’s department conducted an aerial check in which they were unable to locate the driver. “Initial witness statements say it appears that he may have been drinking,” said Sgt. Zour.

Three Armed Robberies in One Month at Shell Gas Station