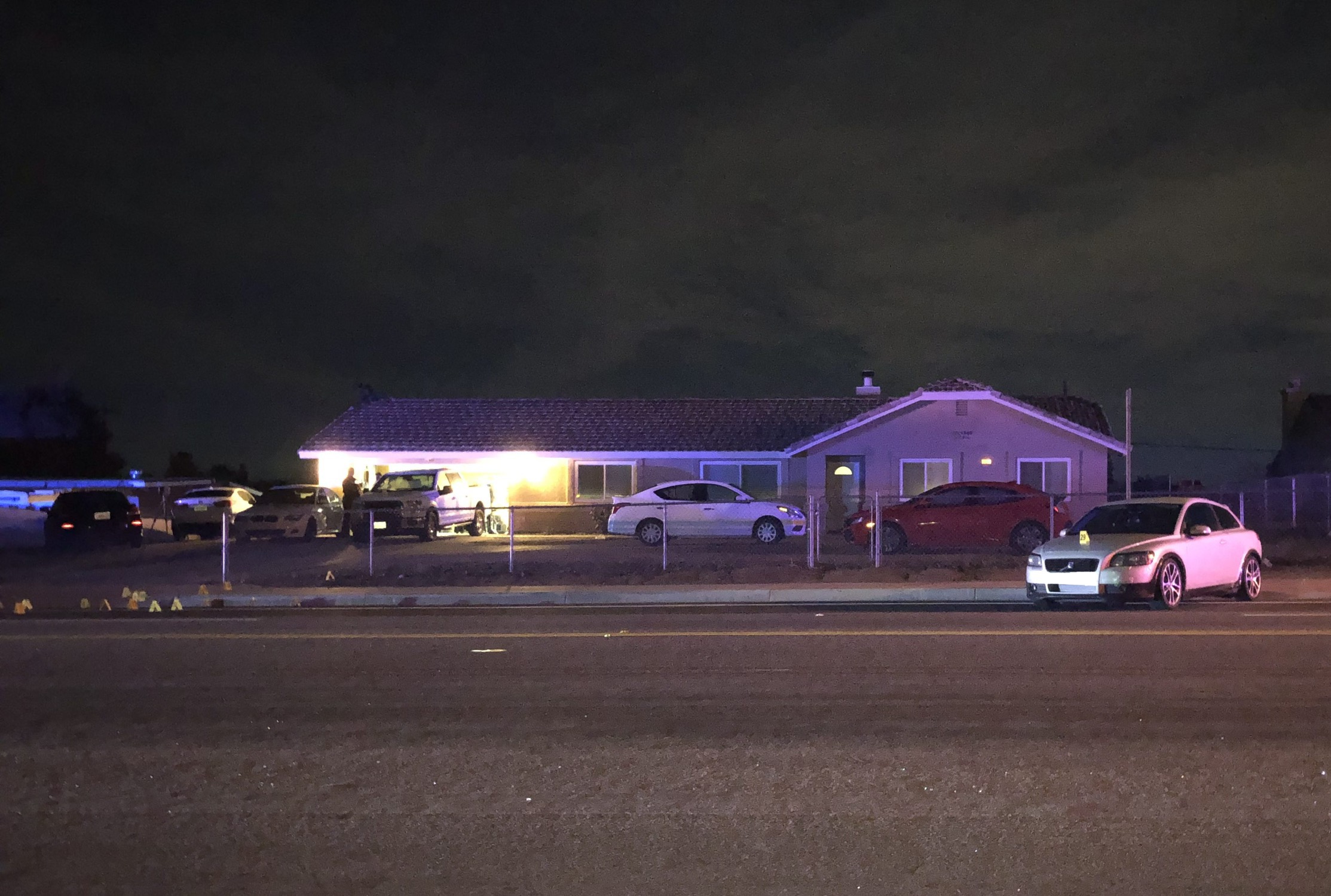 VICTORVILLE, Calif. (VVNG.com) — Deputies with the Victorville Police Department are investigating a shooting that left one person shot, and two others injured from a ricochet bullet.

At around 11 pm, Saturday, January 19, 2019, Victorville deputies responded to the 15000 of Nisqualli Road near 11th Avenue reference shots fired.

Initial reports indicated that six people may have been injured during the shooting. However, upon arrival, officers located only one person with a gunshot wound and two others with injuries from bullet fragments.

The male victim suffering from a gunshot wound was taken by ground ambulance code 3 (with lights and sirens activated) to a trauma center.

The two other victims were taken to local area hospitals with minor injuries.

According to a witness who attended the party, it was a gathering to watch a UFC fight and one person made threats to return with a gun when they were asked to leave by the homeowner.

Authorities shut down Nisqualli Road for several hours while they gathered evidence from the scene and interviewed witnesses.

Over a dozen evidence markers were placed on the sidewalk and roadway near the driveway to the home. A marker was also placed on the hood of a silver sedan that was stopped in the eastbound lanes in front of the home where the shooting occurred.

“There were 19 rounds in total from an AK47, they were aiming at my friends and I, the man was intoxicated and was told to leave, it was not a party but a small gathering of friends,” stated a person who was at the residence.

No suspect information was provided and it’s unknown if any arrest has been made. This is a developing story and more information will be updated as it becomes available.