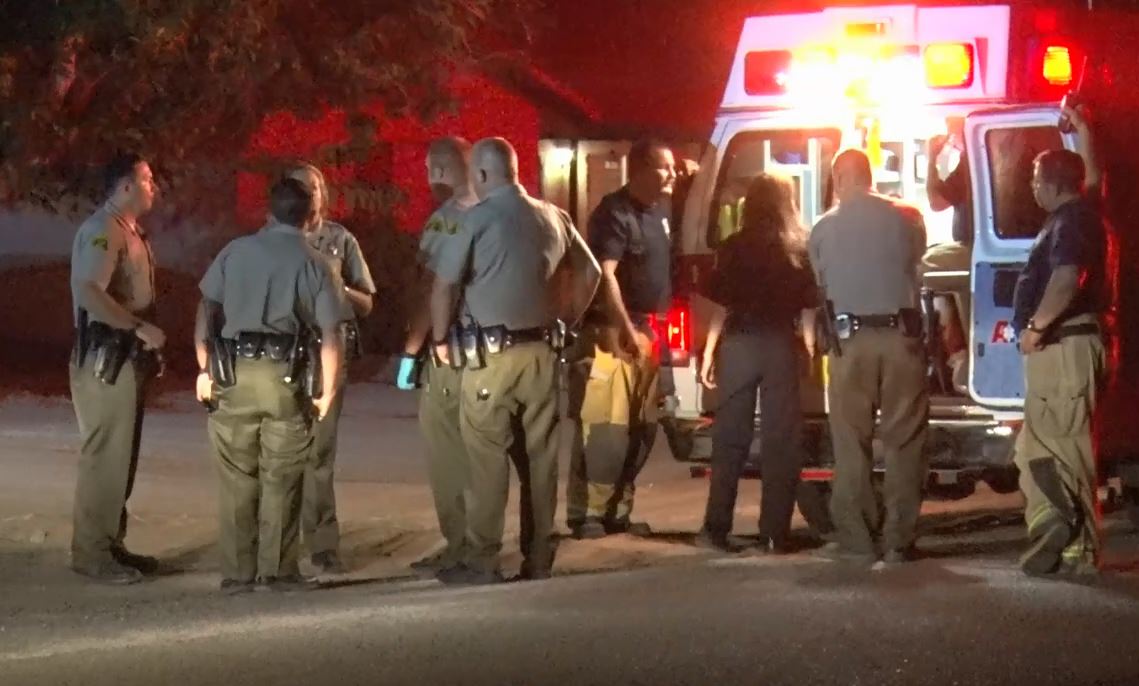 APPLE VALLEY:(VVNG.com)- Police were dispatched to a residence on the 21000 block of Teton Road reference a stabbing that occurred.

On Wednesday, July 6th at about 11:15 p.m. dispatch received a call stating a fight amongst family members at the residence resulted in one person being stabbed under the arm.

Per scanner traffic, the victim was reported to be awake and breathing and was transported by ground ambulance to St. Mary’s Hospital and later airlifted to an out of area trauma center.

The suspect described left the scene on foot prior to deputies arriving. A Sheriff’s helicopter along with ground deputies established a perimeter and searched for the suspect. The suspect was located hiding under the swamp cooler in the backyard of the residence. He was taken into custody without further incident.