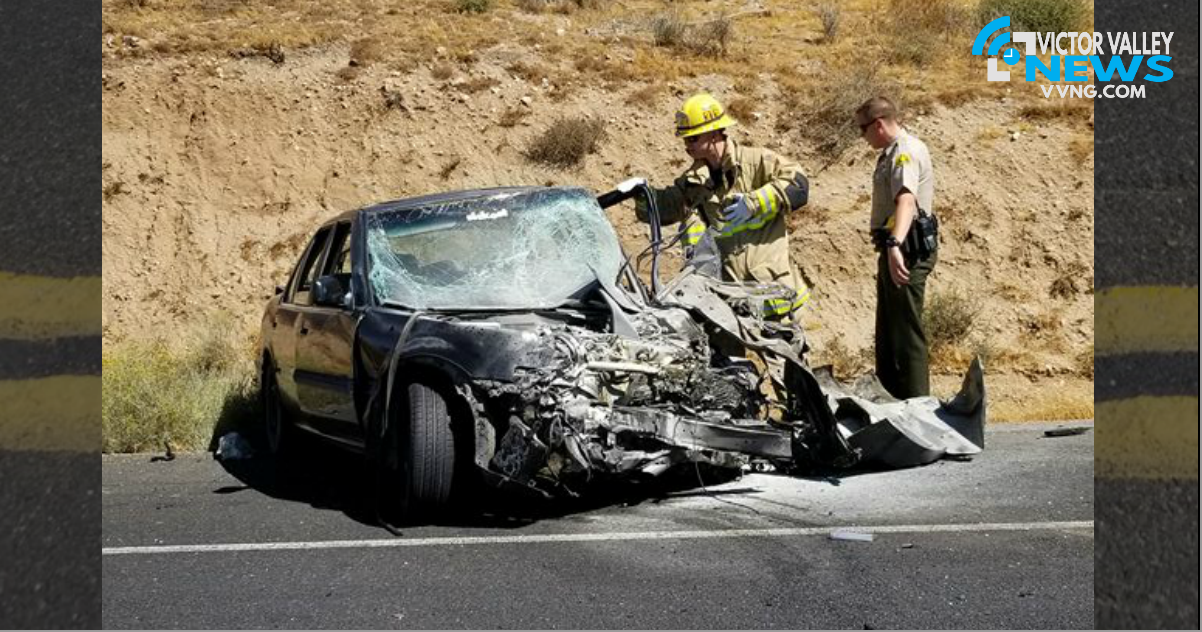 UPDATE 9/27 @ 4 PM – The San Bernardino County Coroners has arrived at the scene. Firefighters are being requested back out to extricate the deceased victim from the vehicle.

HESPERIA, Calif. (VVNG.com) A fatal crash has prompted officials to shut down US-Highway 395 between Poplar and Main Streets Wednesday.

Emergency crews were dispatched to a multi-vehicle crash with extrication near the intersection of Three Flags Ct. and 395 at 12:55 p.m., on September 27.

San Bernardino County Fire personnel arrived and located two vehicles involved in a head-on crash and determined no extrication would be required.

Per scanner traffic reports, one person was pronounced deceased and the San Bernardino County Coroners has been advised.

Eyewitness, Daniel Torres told Victor Valley News an older model Honda Accord was traveling at a high-rate of speed northbound on 395 when the female driver lost control and struck a Dodge sedan head-on.

“The man that was hit head-on was ejected from the vehicle,” stated Torres. “I cut the driver side airbag to gain access to the vehicle and shut the vehicle off. The man had a broken foot and minor lacerations.”

According to SB County Fire spokesperson Eric Sherwin, they transported one “immediate” patient by ground to a local hospital.

Torres said he ran to the Honda and the female driver had no pulse. A third vehicle in the crash sustained minor damage was interviewed by sheriff’s and given the all clear.

Highway 395 is expected to remain closed between Main and Poplar Streets for 4-6 hours while the Major Accident Investigation Team conducts the investigation.

At this time it’s unclear how many vehicles were involved and if any other injuries were reported. 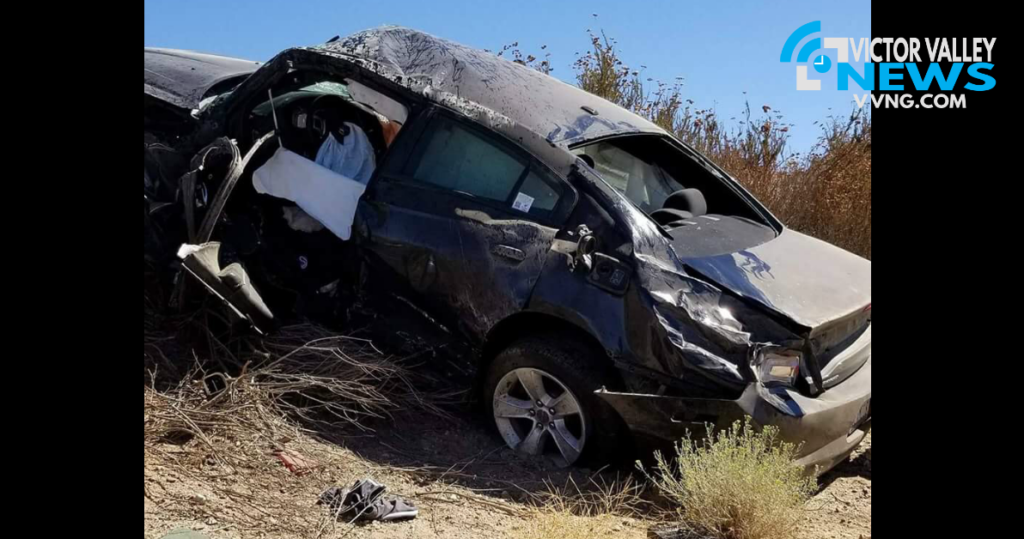 Car flips after crashing on Amethyst Road in Victorville