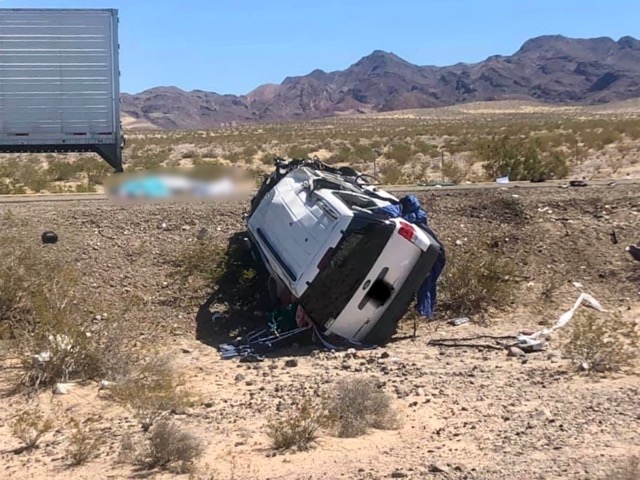 LUDLOW, Calif. (VVNG.com) — The westbound I-40 is shut down after at least one person was killed in a traffic collision Monday morning.

For reasons still under investigation, a white Ford Explorer slammed into the back of a tractor-trailer. The impact caused the SUV to sustain major damage and came to rest on its side in the center divider.

Scanner traffic reported an off-duty firefighter was at the scene and pronounced one person deceased at the scene. A second patient had minor injuries and was awake and breathing.

According to the California Highway Patrol incident logs, the lane closure begins at Pisgah Crater on the I-40 and is expected to remain in place until about 6:30 pm.

The coroner has been requested to respond to the scene to transport the deceased.

Check back later for information as it becomes available.