VICTORVILLE-(VVNG.com): For unknown reasons three vehicles collided in the intersection of Roy Rogers Drive and Amargosa Road just after midnight on Wednesday, December 24, 2014.

One person in a Toyota sedan was transported by ground ambulance to a local hospital with unknown injuries. The driver side of the Toyota sustained major damage causing the airbags to deploy.

At this time the cause of the accident is under investigation. More information will be updated at a later time. 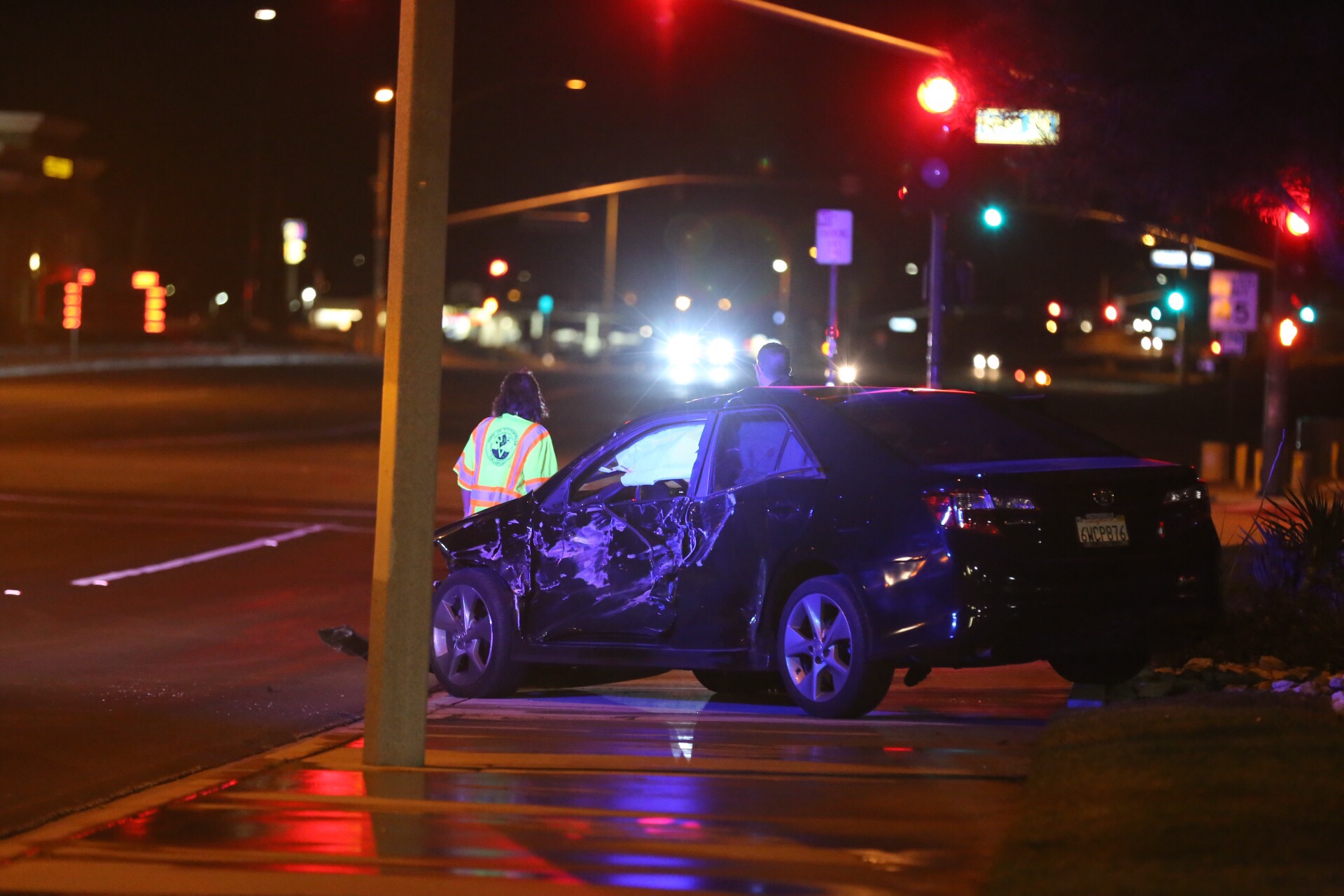