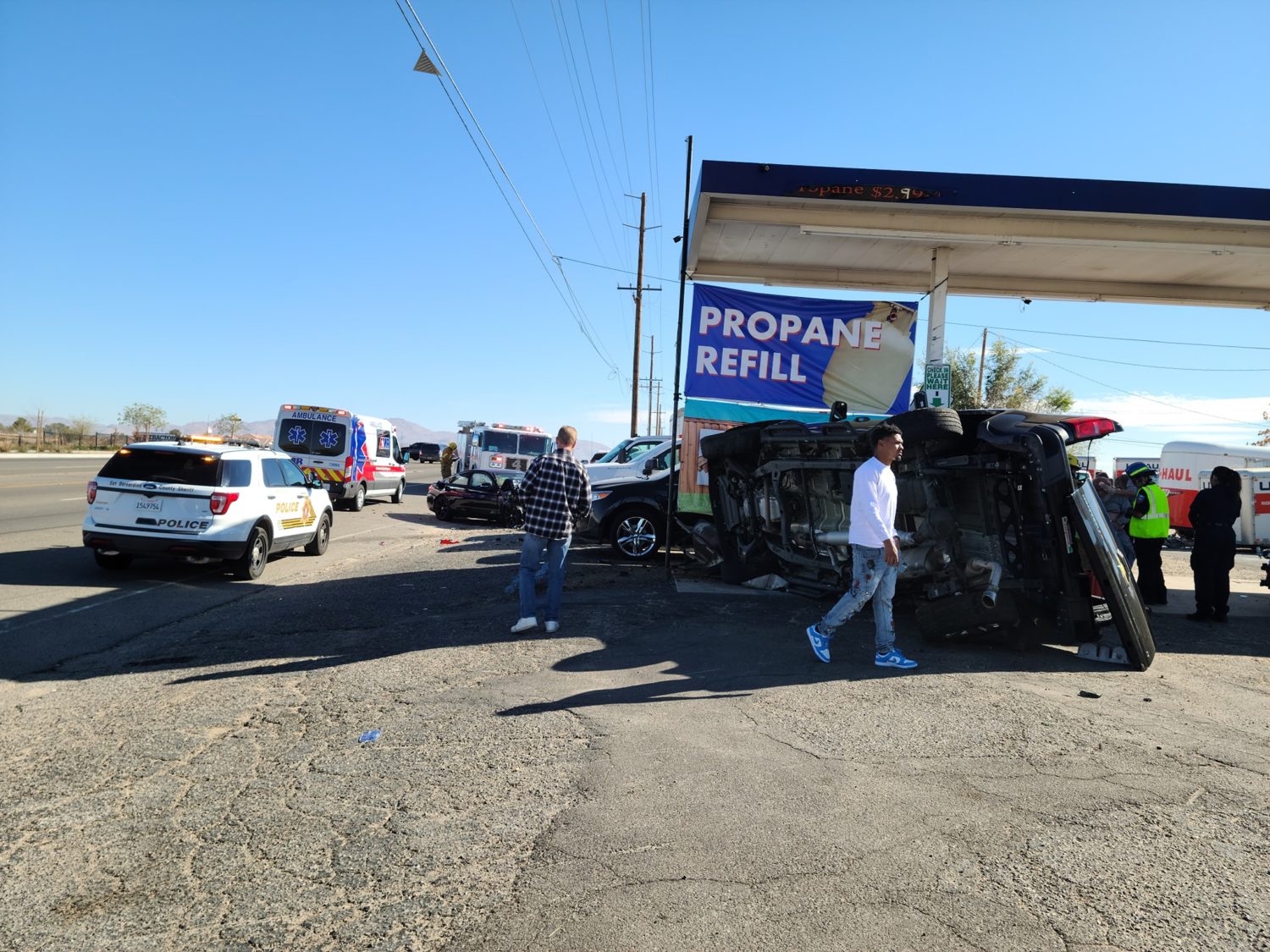 APPLE VALLEY, Calif. (VVNG.com) — One person was injured in a two-vehicle crash Sunday afternoon in the Town of Apple Valley.

It happened at about 10:00 am, on Sunday, November 7, 2021, along Bear Valley Road near Braeburn Road and involved a black BMW sedan and a Chevy Colorado pickup truck.

VVNG member Scott Reiboldt shared photos of the crash and said the truck made a left turn in front of the BMW when it was hit. The collision caused the truck to overturn into the Uhaul parking lot where it landed near the propane refill island.

According to Scott, several bystanders helped lift the truck and rescued the elderly driver that was trapped. He was transported by ambulance to a local hospital with unknown injuries.

Many VVNG members expressed frustration about the countless motorists that use the far right lane to speed up and use it as a passing lane. Cody Breeden commented and said the right lane is intended for cars making the right turn onto Bear Valey from Deep Creek Rd to avoid accidents at the intersection. Residents said they would like the town to see what can be done to help reduce the number of crashes in the area.

No other injuries were reported and the Apple Valley Police Department is investigating the accident.