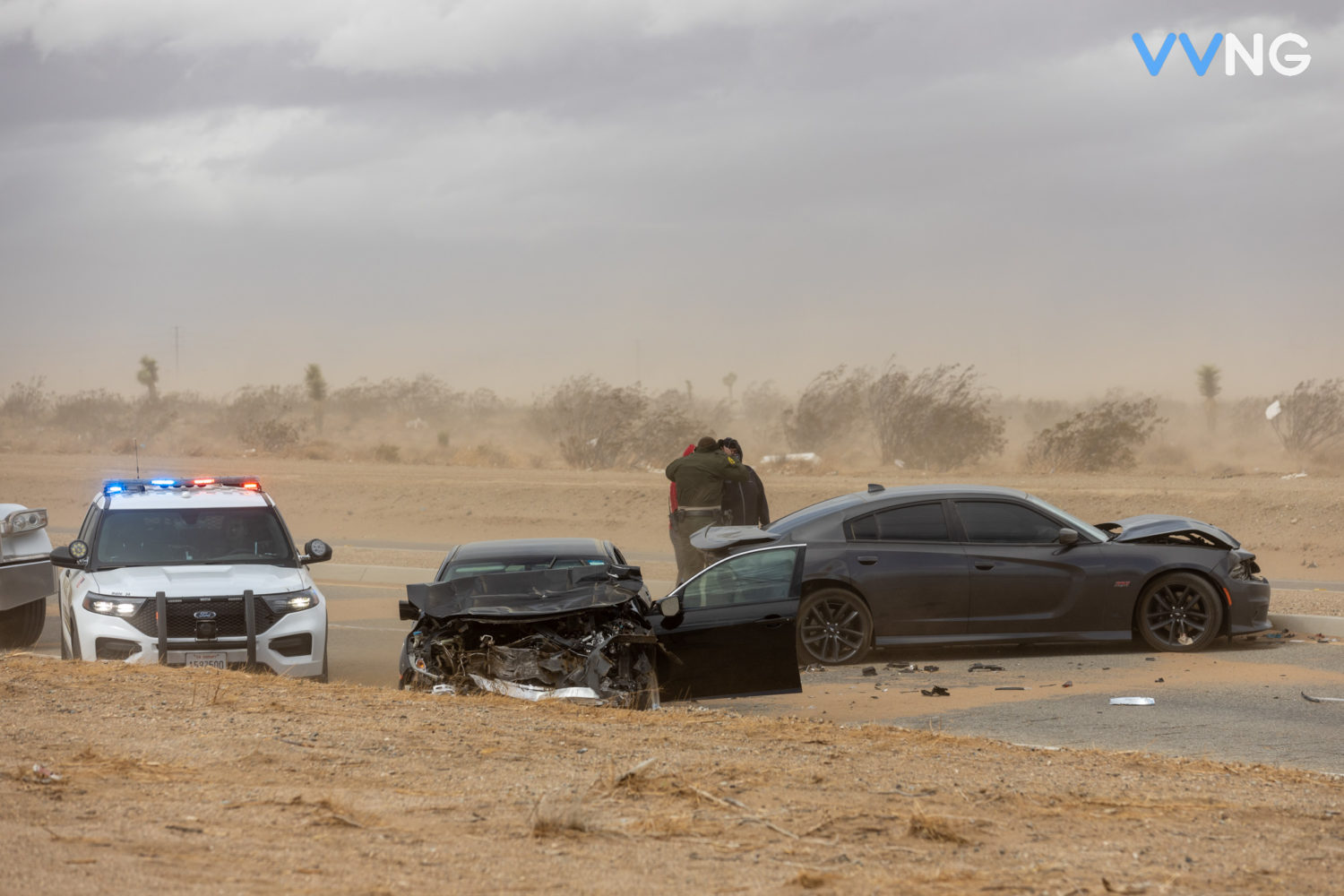 VICTORVILLE, Calif. (VVNG.com) — A multi-vehicle crash in Victorville was possibly caused by a dust storm that created brown out conditions for motorists.

It happened at about 11:38 am, on Monday, October 25th along Mojave Drive in between Onyx and Topaz Roads.

Sheriff’s officials said a two-vehicle crash had occurred and one of the vehicles had pulled to the shoulder and was slammed from behind by another vehicle. Two-three other vehicles driving thru the area were also involved and sustained minor damages.

One person sustained moderate injuries and Victorville City Firefighters wanted to fly the patient to a trauma center but the helicopters had to decline the flight due to weather.

At times the gusty winds picked up a lot of dirt causing brown out conditions. According to the National Weather Service, 47 mph winds were reported at the Victorville Airport at 9:45 am.

Deputies from the Victorville Police Department temporarily blocked traffic in both directions while the two damaged vehicles were towed away.