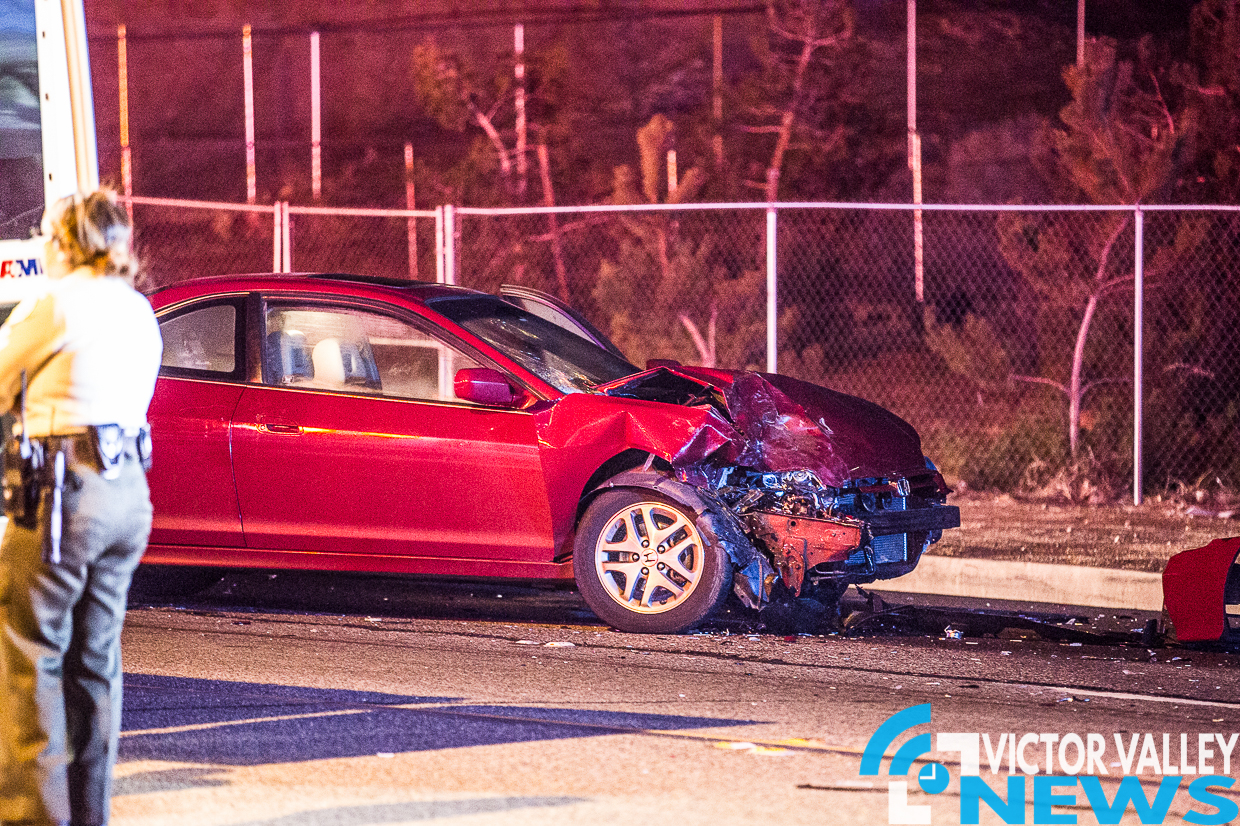 The call was dispatched at approximately 12:43 a.m. Wednesday morning as a hit-and-run head on collision.

However, when first responders arrived on scene they located two vehicles, a red Honda Accord with major front end damage and a dark-colored Toyota Camry with rear-end damage.

The occupants of the Camry fled on foot leaving behind the vehicle, which had authorities puzzled since the driver would not have been at fault if they remained at the scene.

The driver of the Honda said he was traveling north on Hesperia Road when he crashed into the back of the Camry that was traveling in the same direction.

“It was dark and I didn’t see the car in front of me, I wasn’t sure if they were stopped or just driving slow,” he stated.

A female passenger in his Honda required medical attention for moderate non-life-threatening injuries and was transported to an area hospital.

The driver of the Honda was cited for driving without his license and insurance.