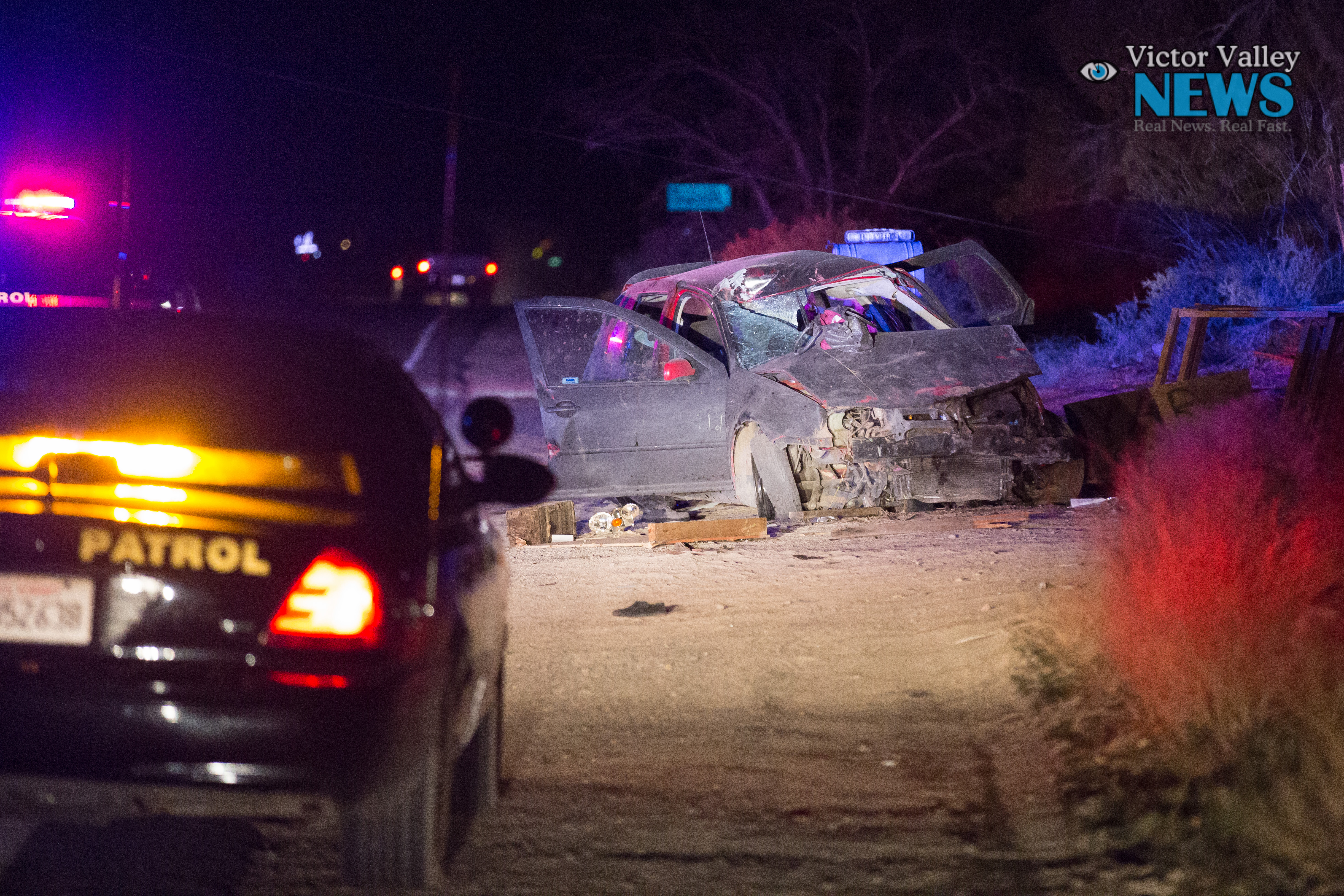 Prior to the accident dispatch received reports of the same vehicle being driven reckless, per CHP incident logs.

According to authorities, a vehicle traveling southbound on National Trails lost control causing their vehicle to flip, injuring two people.

One person was ejected and thrown more than 20 feet from the vehicle, and another person required minor extrication.

CHP conducted a search of the immediate area to ensure there were no other occupants that may have been ejected.

Southern California Edison was requested to the scene to repair a utility pole that was destroyed after it was struck by the vehicle.

The extent of injuries are unknown at this time, however one person was airlifted to a trauma center.

It was unclear whether drugs or alcohol were a factor in the collision.

Join our lives newsgroup with over 83,000 members. Victor Valley News