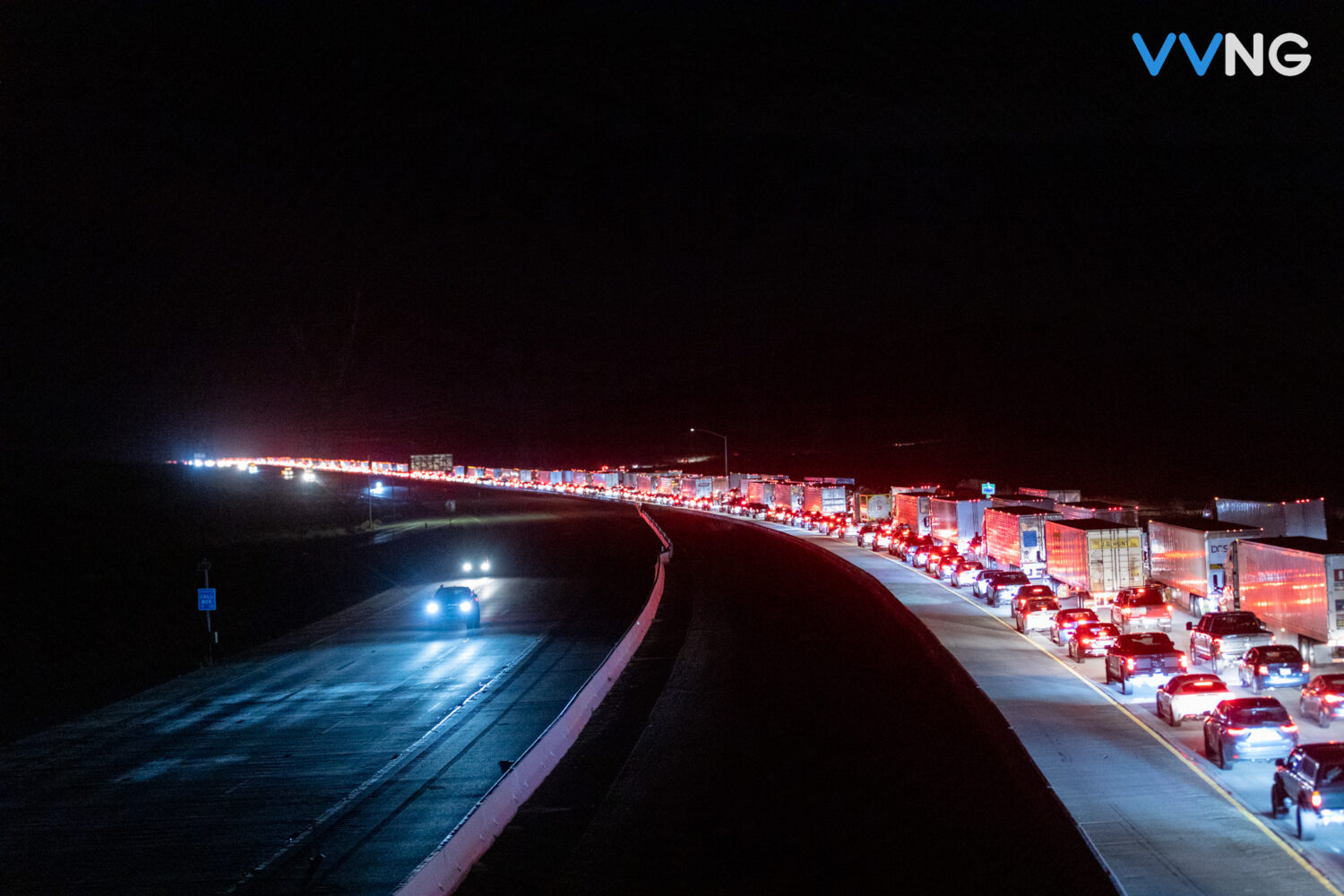 APPLE VALLEY, Calif. (VVNG.com) — One person was ejected and two others were injured in a fatal single-vehicle rollover crash on the I-15 freeway.

It happened at about 8:27 pm, on January 21, 2022, along the northbound I-15 near the Wild Wash Road offramp and involved a dark-colored BMW 3 series sedan.

According to the California Highway Patrol incident logs, a tire flew off the involved vehicle causing the car to go across all lanes of traffic before overturning and landing in the desert.

A CHP helicopter flew over the accident scene and reported one person was lying in the roadway and one person remained trapped inside the vehicle.

San Bernardino County Firefighters arrived and pronounced one person deceased at the scene and requested a helicopter for another person with critical injuries. A third person had minor injures and possibly walked away from the scene.

All northbound lanes were stopped in order to allow a Mercy Air 66 helicopter to land north of the incident. However, the helicopter request was canceled and the patient was transported by ground ambulance to Victor Valley Global Medical Center.

The incident caused northbound traffic on the I-15 to back up for many miles. Caltrans was requested for a hard closure of the no. 3 lane.

The cause of the accident is under investigation by the Victorville California Highway Patrol. Additional information will be updated as it becomes available.

One person airlifted after crash on Ranchero Road in Oak Hills

Register now for the Barstow Job Fair and Criminal Record-Clearing Event on Feb. 9