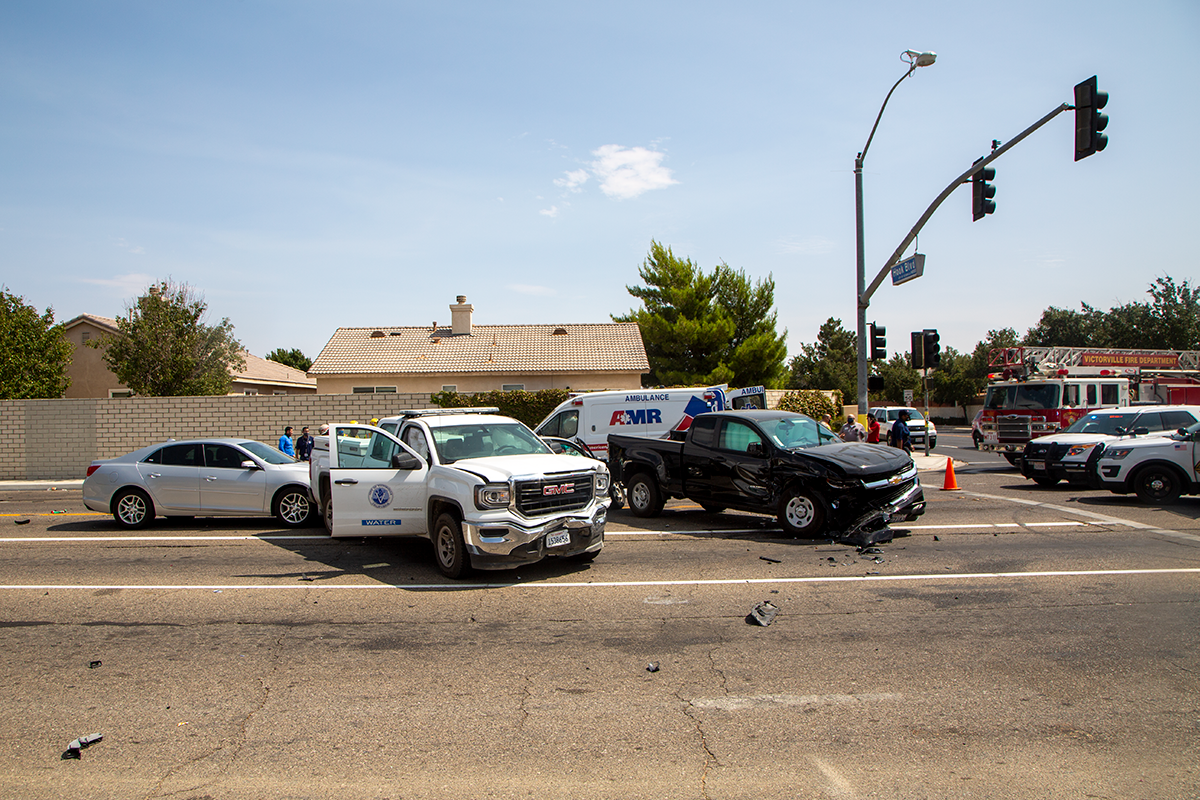 One person was freed from the crash with extrication tools and then rushed to Victor Valley Hospital where an airship was requested to transport the person to a trauma center.

The intersection was closed and traffic was diverted as the police department investigated the crash.

Related Topics:victorville crash
Up Next

Drift smoke from Bobcat Fire visible in the Victor Valley