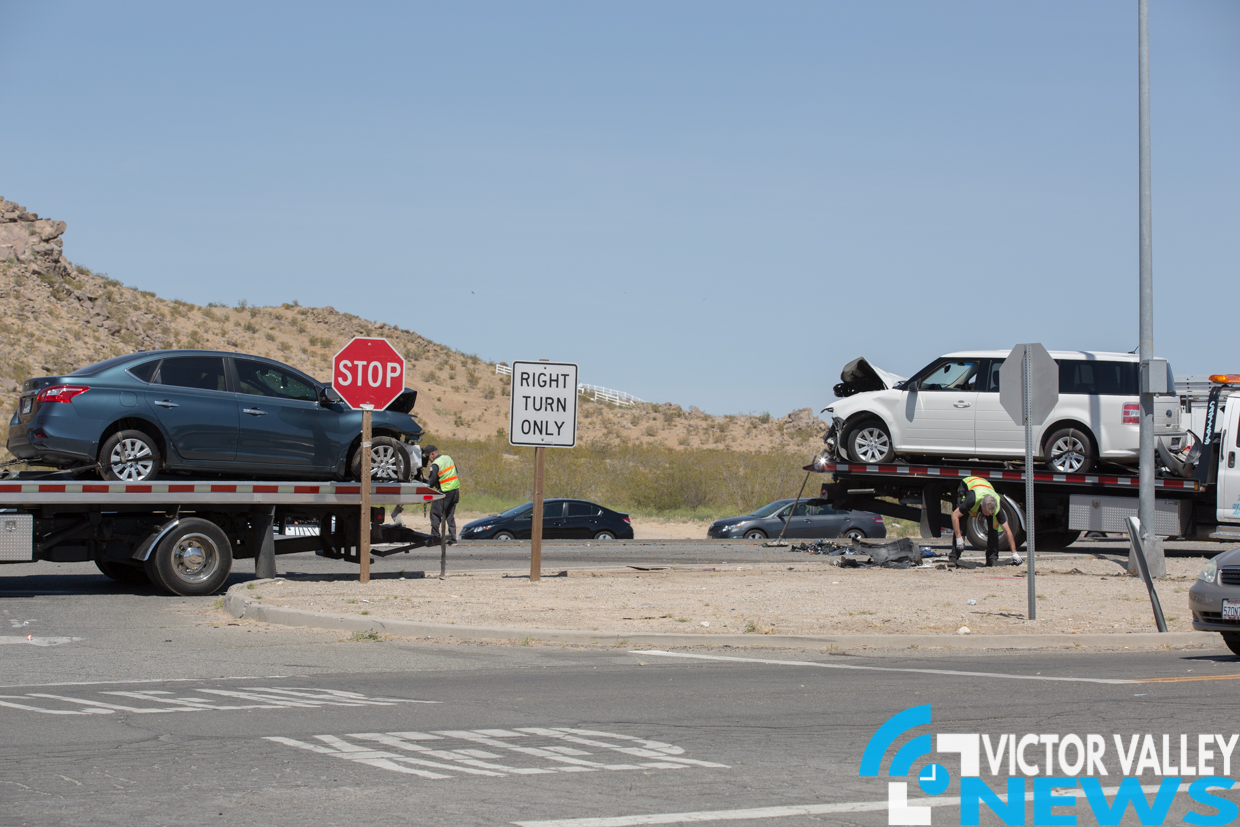 At about 12:40 pm dispatch received reports of a two-vehicle crash involving a Ford Flex and a Nissan Sentra on Highway 18 and Piute Road in Apple Valley.

Authorities shut down eastbound lanes of highway 18 at Tao Road in order to allow a Mercy Air medical helicopter to land at the scene of the crash.

According to officials, one person was airlifted to a trauma center and a second was transported to St. Mary’s Hospital.

Eastbound lanes were reopened at about 2:35pm.