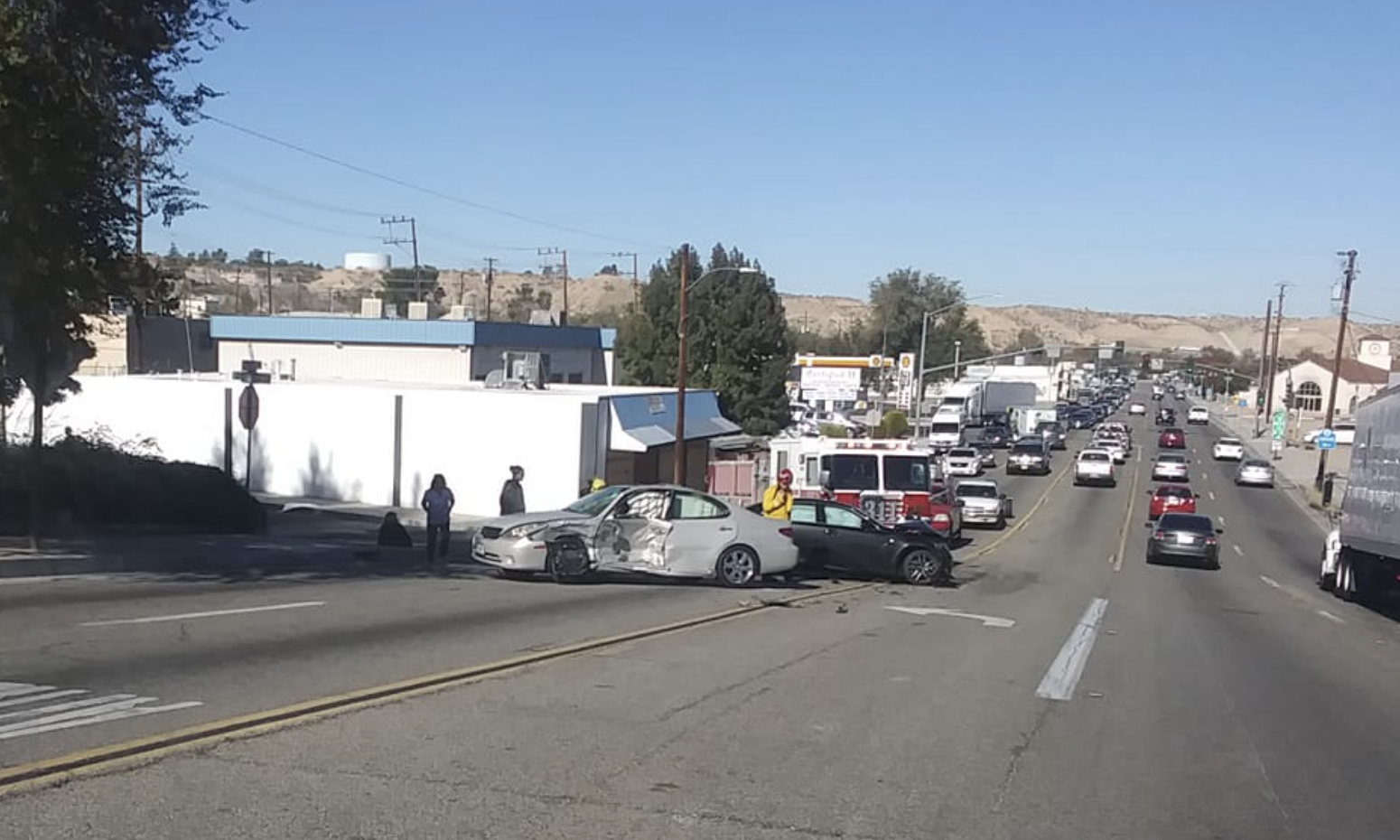 VICTORVILLE, Calif. (VVNG.com) — One person was airlifted after a two-vehicle traffic accident in old town Victorville on Thursday.

It happened at about 10:00 am, on October 28th at the intersection of D and Eight Streets, and involved a silver four-door sedan and a black four-door sedan.

VVNG member Jason Hoyle witnessed the crash and said the gray car peeled out trying to make the left turn in front of the black car that was traveling eastbound on D Street.

Witnesses said the driver of the gray car had chest pains and was having a hard time breathing. He was airlifted to a trauma center.

The female driver of the other vehicle was injured with what appeared to be a broken ankle and was transported to a local hospital by ground ambulance.

The official cause of the accident is under investigation by the Victorville Police Department. Anyone with information is asked to call 760-241-2911.