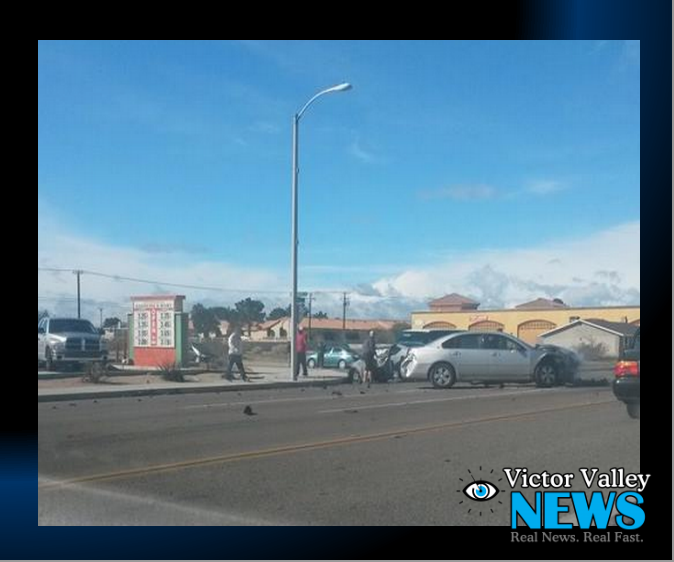 HESPERIA:(VVNG.com)-  A two vehicle traffic collision was reported on the eastbound lanes of Bear Valley Road at Cypress Avenue just before 10:00 A.M., on Monday.

For unknown reasons two silver sedans collided causing major front end damage to both vehicles. As a result of the collision three people were injured.

One person was seriously injured and required to be airlifted to an out of area trauma hospital.

Per scanner traffic, Mercy Air 2 was initially requested and accepted the call. Due to mechanical failure the aircraft was forced to cancel the call and return to quarters. Air Rescue 6 was requested and the landing zone was moved from Desert Valley Hospital to Three Flags.

Due to one eastbound lane being shut down traffic on Bear Valley Road was backed up. As of 11:00 A.M., both vehicles had been towed and cleared from the road way.

At this time the exact cause of the accident is under investigation by the Hesperia Sheriff’s station.

AirRescue 6 lands in the City of Hesperia to transport an immediate patient from a TC.
(photo courtesy SB County Sheriff Twitter)