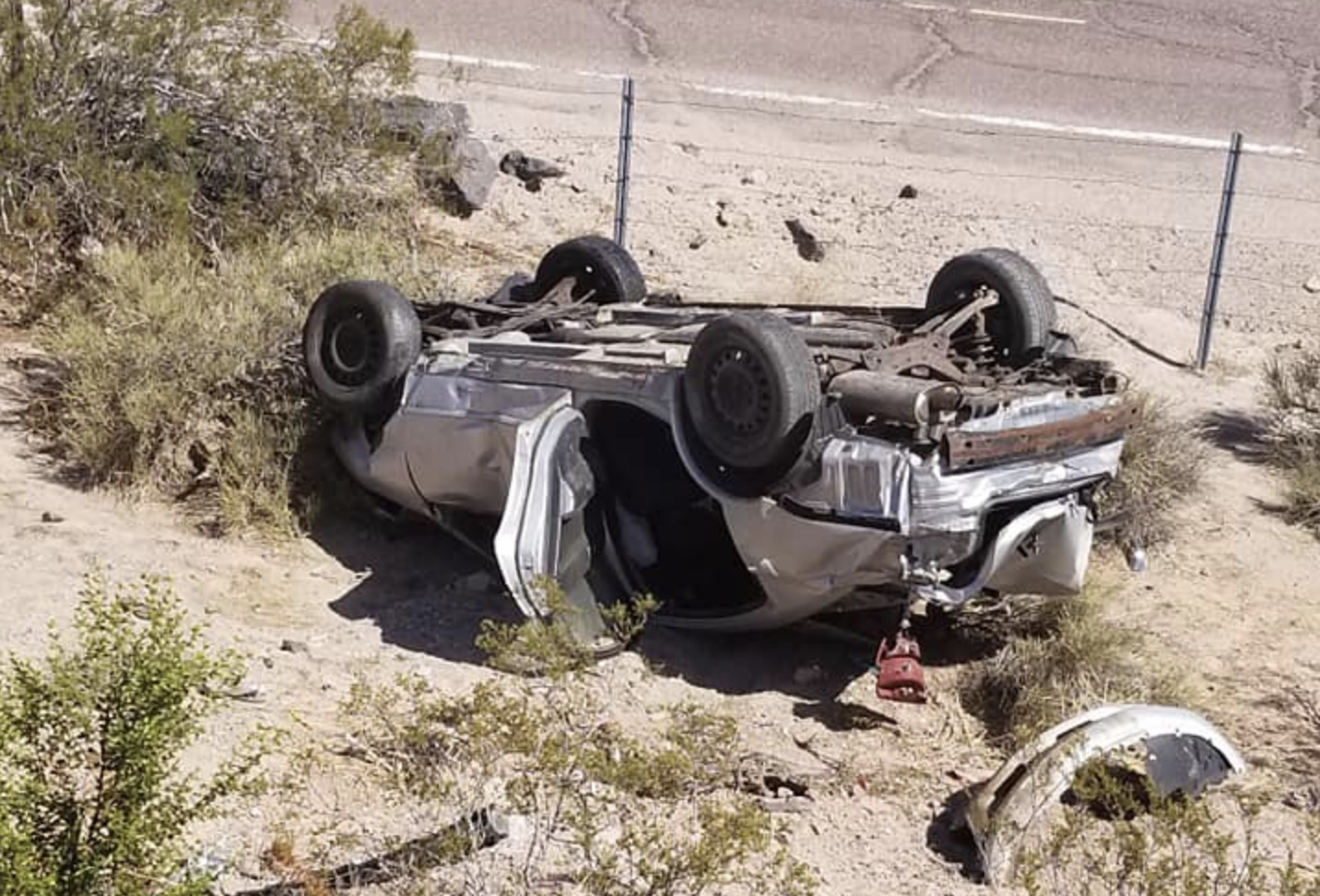 LUDLOW, Calif. (VVNG.com) — One person was airlifted to a trauma center after they were ejected from a vehicle during a rollover crash Sunday morning.

Firefighters with San Bernardino County Fire were dispatched to the incident reported as a single-vehicle rollover with possible occupants ejected.

“With reports of ejections and possible major injuries from 911 callers county fire launched Helicopter 325. This area of the county is remote and a response on the ground can be extended,” stated San Bernardino County Fire Captain Jeff Allen.

Medic Engine 401 from the Barstow Marine Corps Logistics Base was the first to arrive on scene just after 11:00 am.

Debbie Payne was traveling directly behind the vehicle involved in the crash and told Victor Valley News, it appeared the driver of the sedan was dozing off. “Right when I thought he was dozing off he veered to the right and went off the roadway. There were three people in the car with one guy sleeping in the back seat and he was ejected,” stated Debbie.

According to Allen, one immediate patient was transported to Loma Linda University Medical Center via helicopter H325. “It was a 36 min flight time for this patient to arrive at the trauma center. If this patient were to be driven by ground ambulance it would have taken upwards of 2 hours,” stated Allen.

A second noncritical patient was transported by Desert Ambulance to Barstow Community Hospital.

The official cause of the crash is under investigation by the California Highway Patrol. 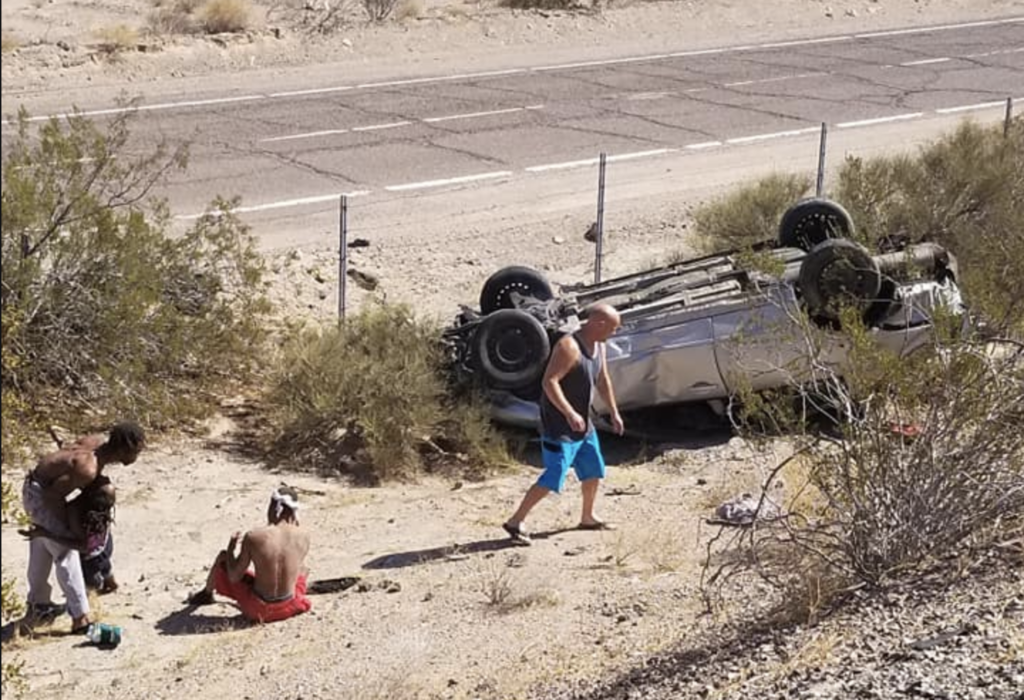