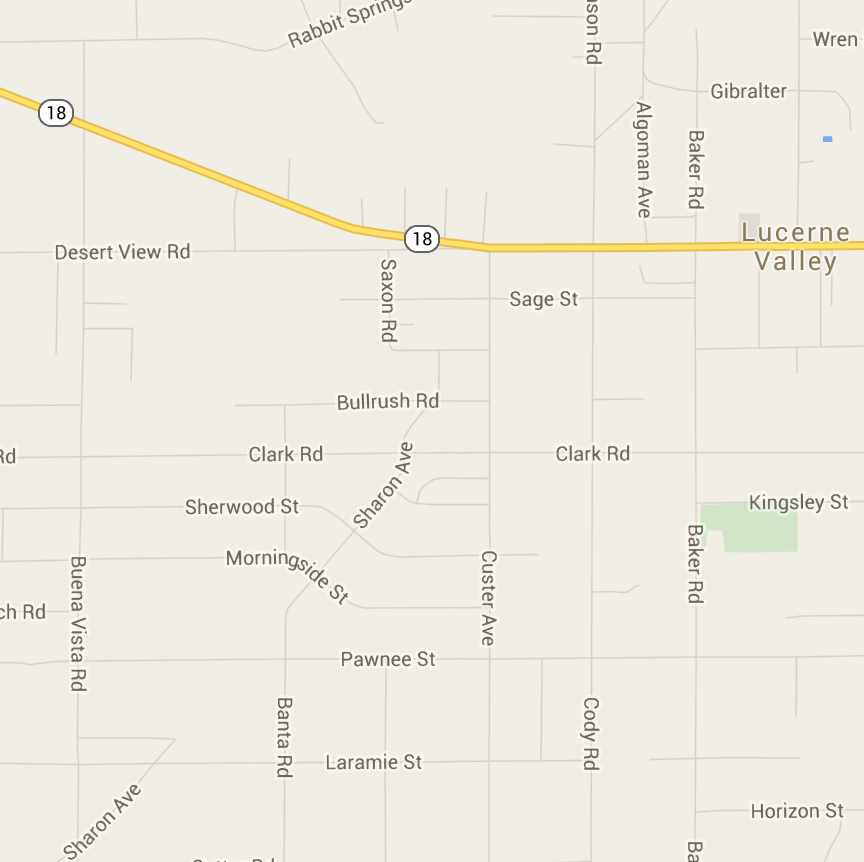 LUCERNE VALLEY: One person was airlifted to a trauma hospital following a major injury traffic accident. According to scanner traffic, a dark Ford SUV and a quad collided on Clark Road about half of mile west of Custer Avenue. The collision was reported at approximately 1:15 PM on Monday, December 29, 2014.

The unidentified hispanic male adult was riding a black and green/camo quad and sustained life threatening injuries.  An airship with RSI capabilities landed at Pioneer Park and transported the unidentified patient to Arrowhead Regional Medical Center.

Although at this time the exact cause of the accident is unknown a witness reported the male t-boned the SUV. More information will be updated as it becomes available.

**(Rapid sequence induction (RSI) is a medical procedure involving a prompt induction of general anesthesia and subsequent intubation of the trachea. RSI is typically used in an emergency setting or for patients in the operating room.”)**