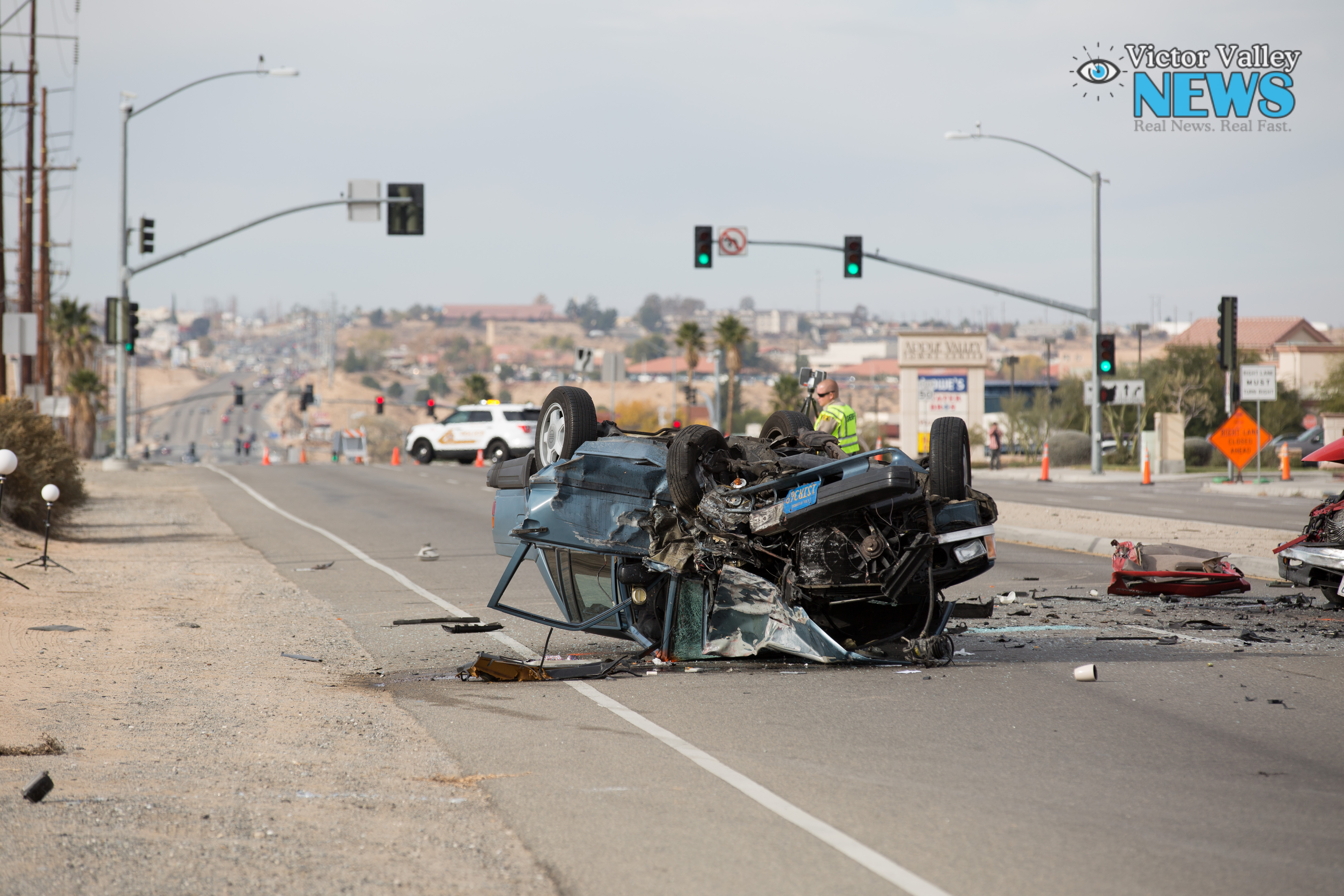 APPLE VALLEY, Calif:(VVNG.com)– The San Bernardino Coroner’s office has identified one of the victims from Thursday morning’s fatal crash on Bear Valley Road.

The head-on collision was reported at about 6:30 a.m. on December 1st just west of Flying Feather Lane in Apple Valley.

When authorities arrived on scene they located two vehicles, a blue Volvo and a black/red Toyota Tacoma with major damage blocking the roadway.

Miguel Angel Miranda, 48, of Oxnard, was pronounced dead at the scene of the crash after his Volvo sedan was overturned and landed on its roof in the eastbound Bear Valley Road lanes.

The driver of the other vehicle, a 62-year-old male of Apple Valley, whose identity will be released once the family is notified, was transported to Desert Valley Hospital and pronounced dead in the emergency department.

Based on preliminary investigation reports, deputies determined that a Toyota Tacoma was traveling westbound on Bear Valley Road and for unknown reasons swerved into the eastbound lanes of Bear Valley Road, causing a head-on collision with the Volvo.

The San Bernardino County Sheriff’s Department is investigating the collision. Anyone with information is encouraged to contact Deputy Thomas Bechtol at 760-240-7400.

Suspected Bomb Determined To Be A Hoax