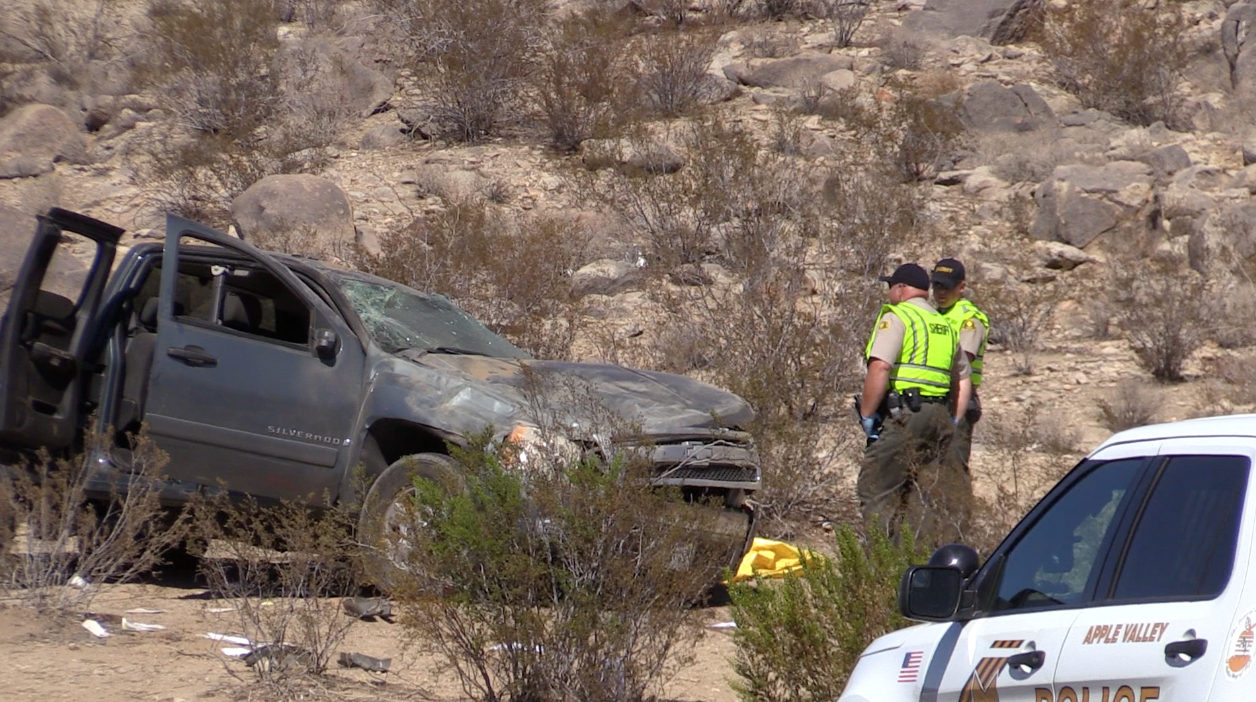 APPLE VALLEY: (VVNG.com)- The Apple Valley Major Accident Investigation Team (M.A.I.T) is working a single vehicle roll over where the driver, described as a male, was ejected and deceased.

On Monday, October 13, 2o14 at approximately 11:15 a.m., Sheriff’s Dispatch received a call reporting the rollover collision in the area of Rimrock Road north and outer Highway 18 in Apple Valley. The vehicle is a late-model gray Chevrolet Silverado. The driver of the vehicle was pronounced dead at the scene.

The intersections of Rimrock and State 18 will be closed for the next two to three hours.

At this time the exact cause of the accident is currently unknown and there is no further information available. The victims identity will be release pending notification of next of kin.