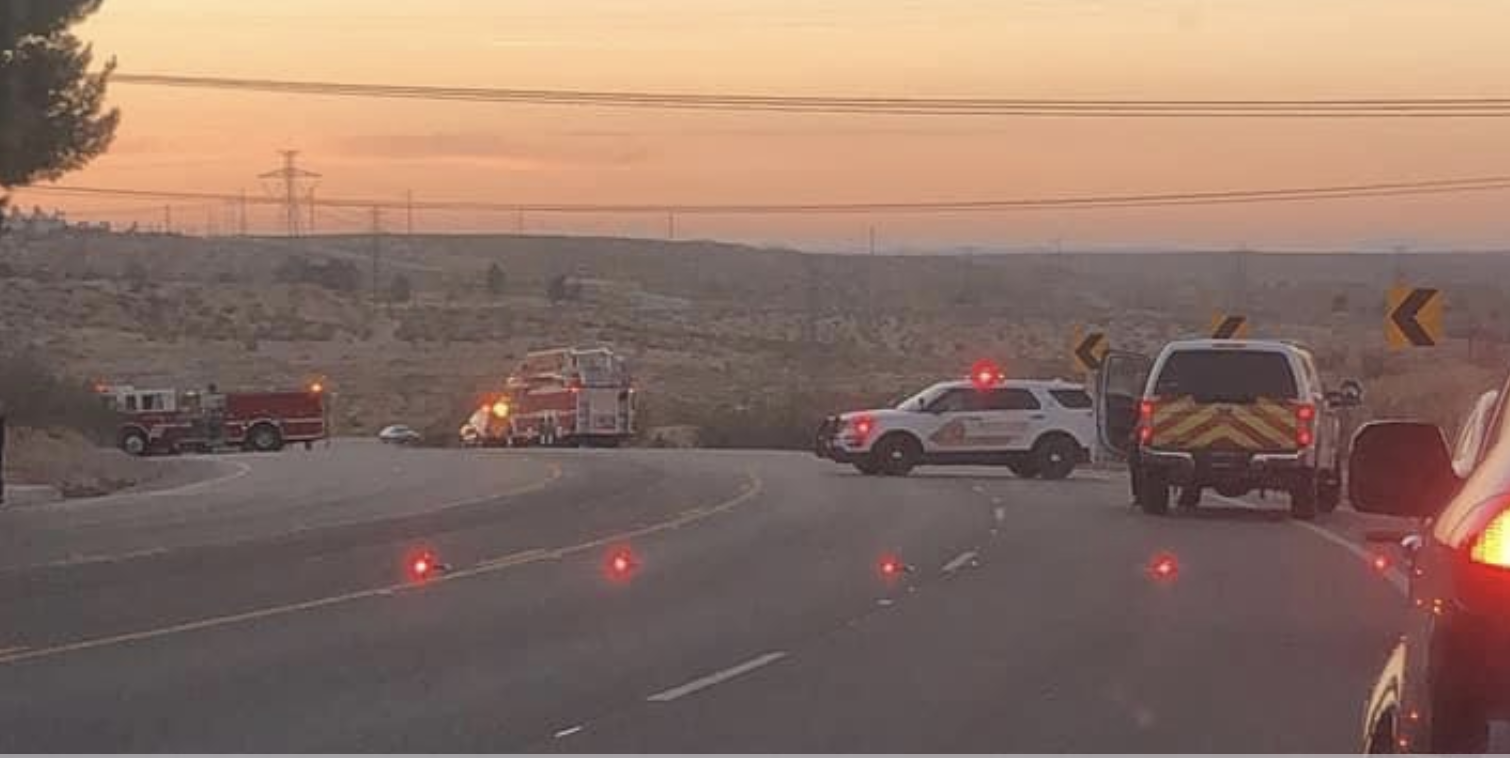 UPDATE 7/3 — The driver of the Toyota, a 52 year-old female from Lancaster, CA was flown to a trauma center, where she sucummbed to her injuries, officials said. Neither identify of the deceased drivers has been released.

VICTORVILLE, Calif. (VVNG.com) — One person was killed and another was airlifted after a fiery crash Friday in Victorville.

At about 7:47 pm, on July 2nd Victorville City Fire responded to the area of Village Drive and Air Express Way and reported a two-vehicle crash with one of the vehicles overturned and fully engulfed with fire.

One person was pronounced deceased at the scene and a helicopter was requested to airlift another person to Loma Linda University Medical Center.

Village Drive is expected to remain closed in both directions while the Sheriff’s Major Accident Investigation Team handles the investigation.