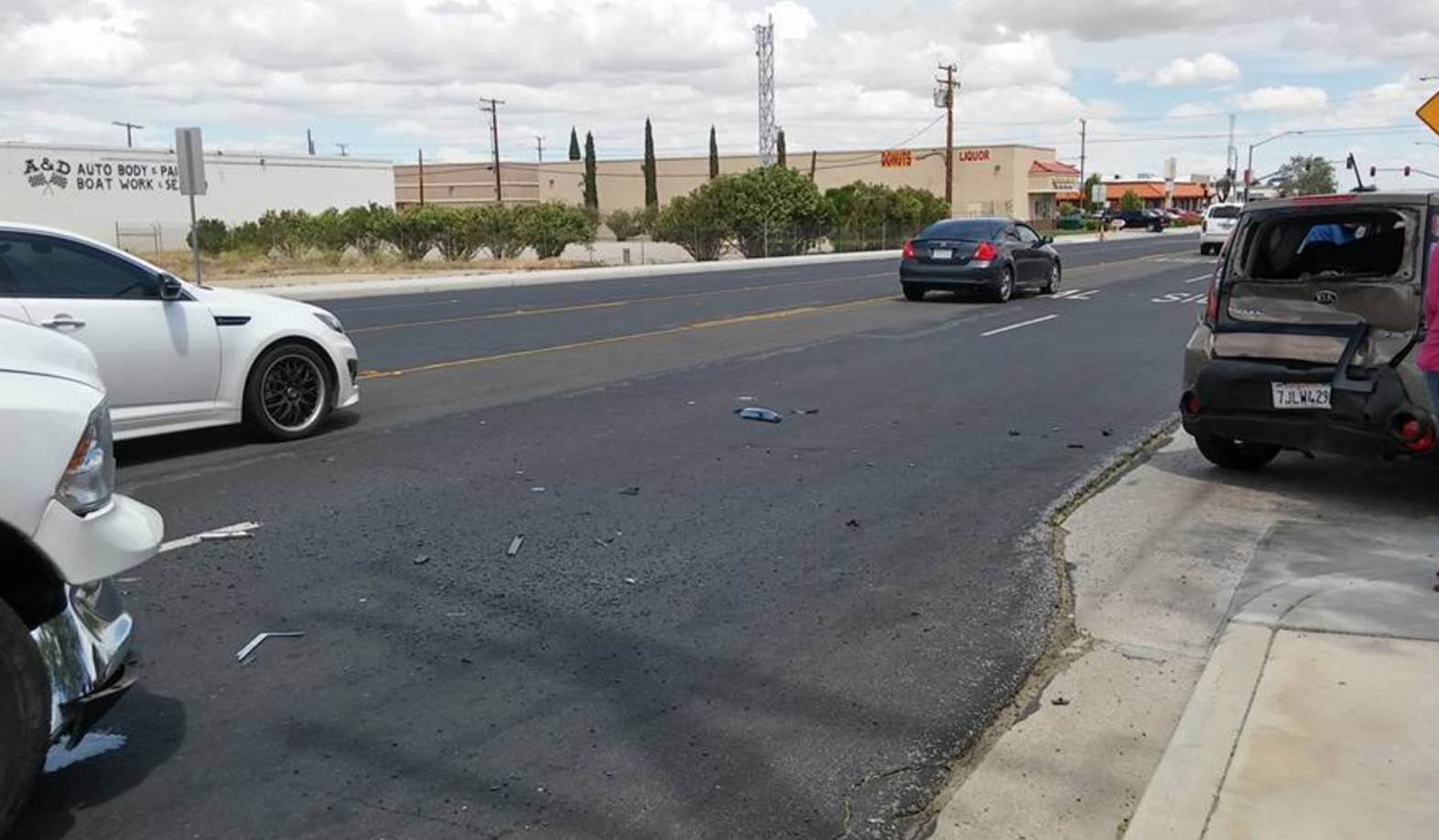 VICTORVILLE-(VVNG.com):  A woman was transported to the hospital for treatment of minor injuries after a collision late Friday morning.

At around 11:30 a.m. deputies from the Victorville station and American Medical Response (AMR) responded to a two vehicle traffic collision on Amargosa Road near Anacapa Road.

The collision occurred as the two vehicles were heading northbound on Amargosa Road. For reasons still under investigation the white Dodge Ram slammed into the back of the brown Kia Soul. The Dodge was left partially blocking both northbound lanes while the Kia was pushed to the right shoulder area.

The woman that occupied the Kia was taken to a local hospital for the complaint of pain. The male occupant of the Kia and the male driver of the Dodge were both uninjured. The cause of the accident is still under investigation.